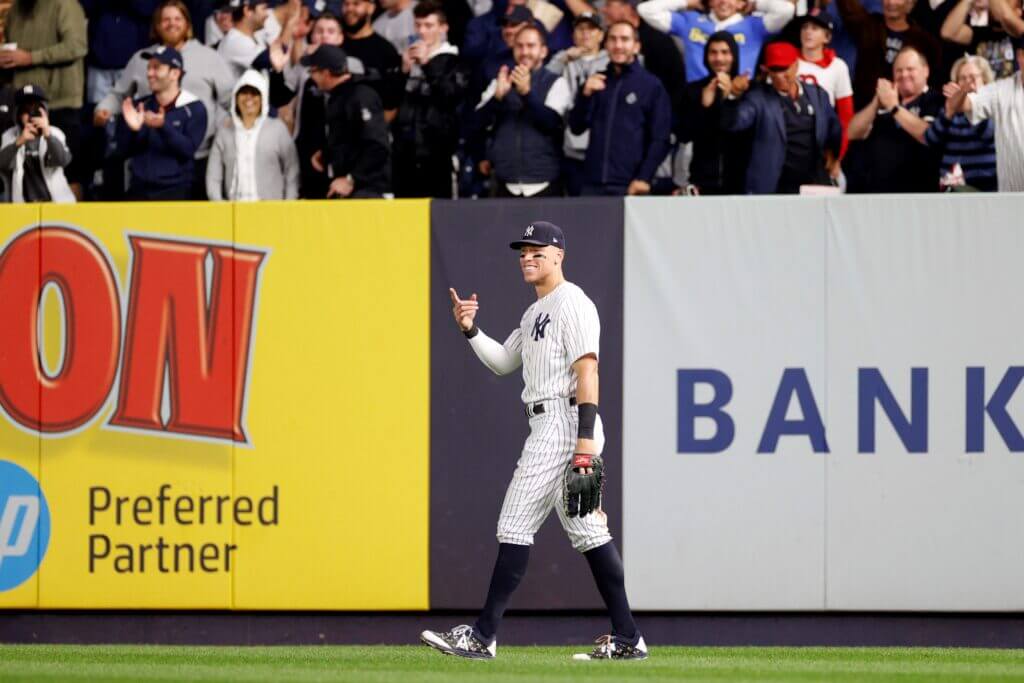 NEW YORK — Aaron Judge steadied himself in deep right field and Isiah Kiner-Falefa knew exactly what to do. Red Sox left fielder Tommy Pham had hit a rocket to the warning track, and Judge intended to throw him out as he broke toward second.

“We’ve been very close all year on that play,” Kiner-Falefa said after the Yankees’ 5-4 victory Thursday night over Boston. “Earlier, I had been positioned at the front of the base, but today I got toward the back of the base, and that was a perfect throw.”

Judge needed a perfect strike to get Pham at second, and his 92.3 mph throw traveled directly into Kiner-Falefa’s glove as he tagged the runner for a crucial out. Pham was the leadoff hitter in the ninth inning with the score tied, and the Red Sox wound up with empty bases and an out in the inning rather than a runner on second after Judge’s throw to the infield.

“Pham’s a good runner, a good hitter,” Judge said. “I was just trying to make a play for my closer.”

Kiner-Falefa described the ball as a “bullet” as it cruised toward his glove. Judge’s outfield relays have “perfect backspin all the time,” manager Aaron Boone said. It was Judge’s sixth outfield assist of the season and wound up as his signature play of the night in a game in which he was walked three times and hit a long flyout that died at the warning track in deep center field.