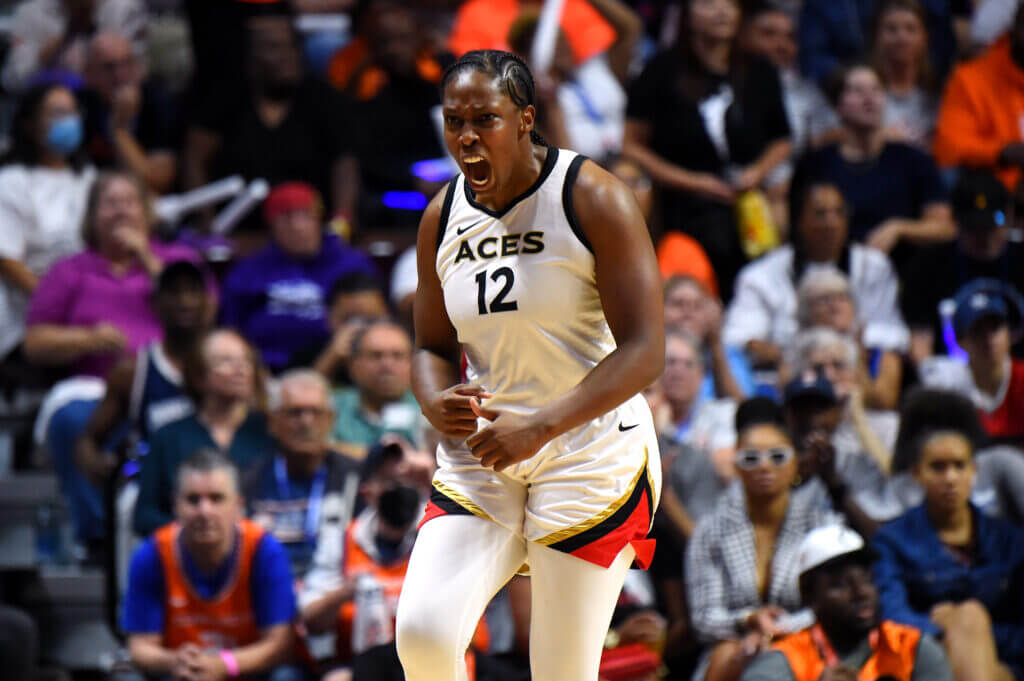 Aces coach Becky Hammon, who was named 2022 WNBA Coach of the Year, secured a title in her first season back in the league as a coach.

Gray led all scorers Sunday with 20 points, six assists and five rebounds on 2-of-3 shooting from 3-point range. All-Star Riquna Williams added 17 points on 5-of-9 shooting from distance off the bench, hitting clutch jumpers down the stretch. Kelsey Plum, the 2022 All-Star Game MVP, chipped in 15 points and three steals.

This was the fourth trip to the finals for the Sun and the third for the Aces.

This story will be updated.