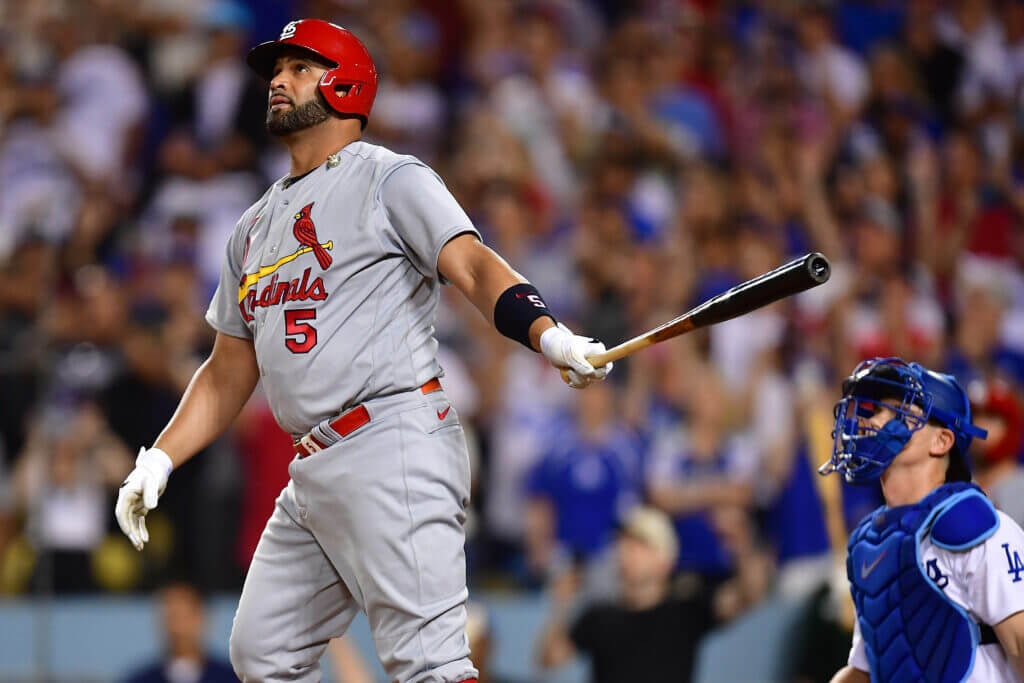 LOS ANGELES — The crack of the bat was just as deafening as the roar of the crowd.

It was the top of the fourth inning at Dodger Stadium and Albert Pujols had just seen two pitches from reliever Phil Bickford. The first was a called strike, a slider that caught the top of the zone. The second was ruled a ball by home plate umpire Mike Estabrook, even though it was the same pitch at nearly the same placement as the one prior.

The third pitch — another slider — never stood a chance.

On Friday night in the City of Angels, Albert Pujols provided a moment not even Hollywood could script. The swing that helped him author the record books penned another historic page, signing it with a flourish as his 700th career home run cleared the left-field fence. He seemed to know on contact, the significance of the swing, the magnitude of the moment. And as he circled the bases around the stadium that he claimed helped to rejuvenate his career, there was no hiding the joy, the elation and the appreciation for it all.

“To be able to do it here, at Dodger Stadium, where I think my joy, pretty much, for this game came back … it’s pretty special,” Pujols said.

The night seemed destined for magic from the start. Pujols began the day two home runs away from the coveted 700 club. Manager Oli Marmol elected to bat him second as the designated hitter against Dodgers left-handed starter Andrew Heaney. Before the