Arsenal have a ‘new mentality’ this season — Granit Xhaka 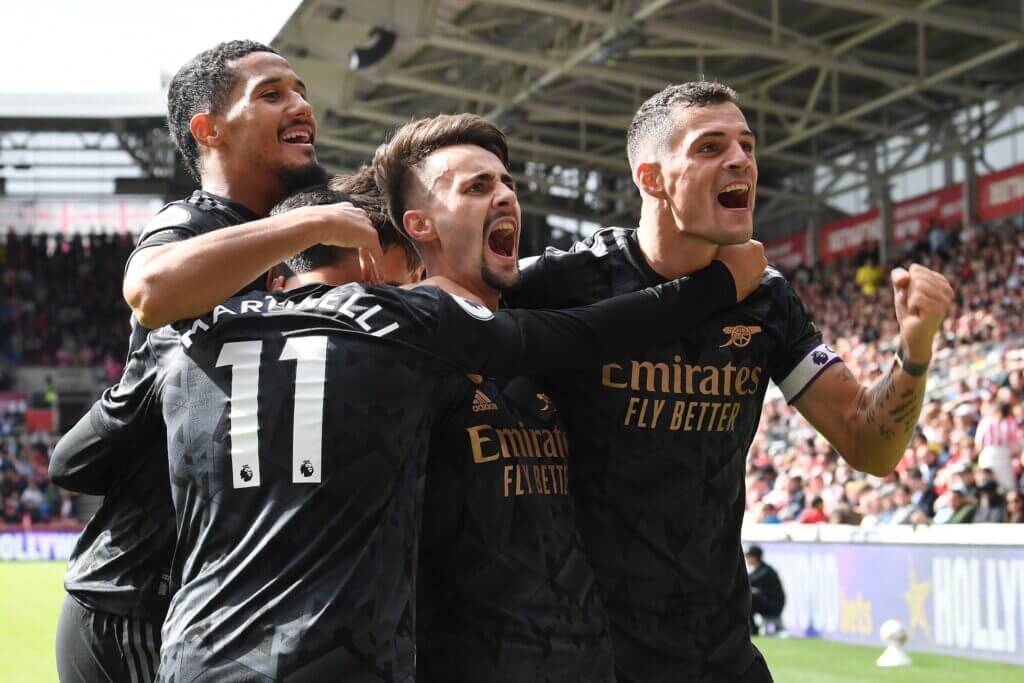 Arsenal midfielder Granit Xhaka believes his side have a “new mentality” this season, following their 3-0 victory at Brentford on Sunday.

The result was in stark contrast to Arsenal’s previous trip to the Gtech Community Stadium, which saw them lose 2-0 to Brentford in the opening match of the Premier League season in August 2021.

With the win, Arsenal moved to the top of the Premier League, having won six and lost one of their first seven matches.

“You see the new and different mentality we have this season,” Xhaka said.

“We had a great chance after maybe one minute with Martinelli, if he scores we start the game well.

“But yeah, we are keeping going, working each other, we are training like we play as well. And yeah, we have the class of individual players, they can make the difference and today you saw that.”

Xhaka captained Arsenal in the absence of Martin Odegaard, who missed the match with a knock, and provided the assist for Gabriel Jesus’ goal, the second of the day.

William Saliba had opened the scoring for Arsenal, with Fabio Vieira netting an eye-catching third with a strike from distance after half-time.

Ramsdale said it was “crazy” how much Arsenal’s mentality had changed, having seen north London rivals Tottenham Hotspur pip them to a Champions League qualification spot late in the season after a run of poor results at the end of the campaign.