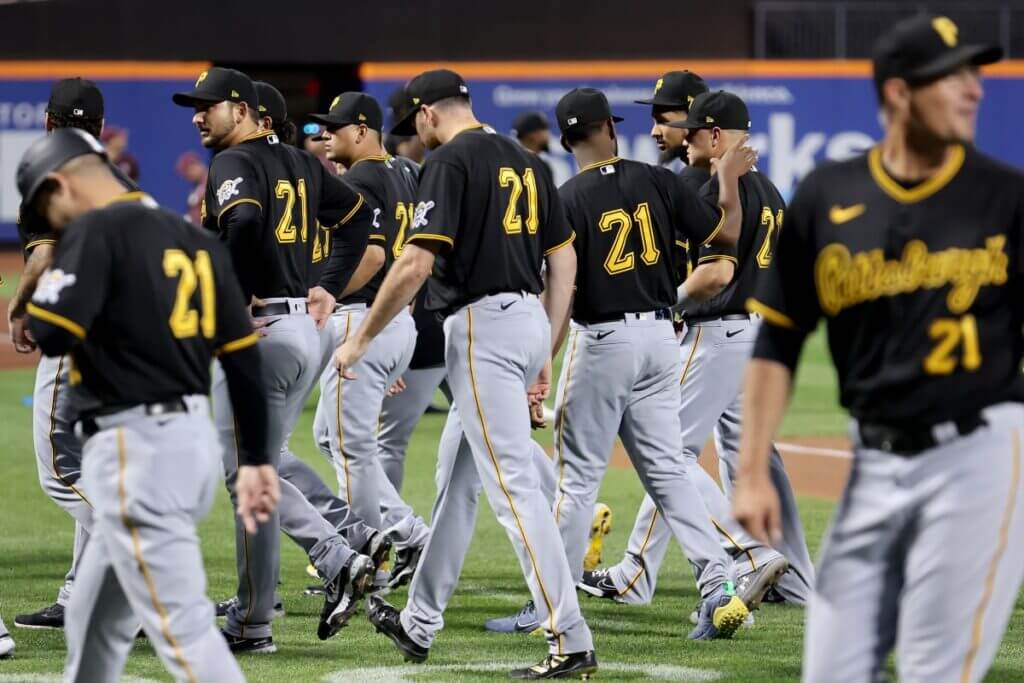 PITTSBURGH — The futility of this Pirates season was encapsulated in a single play Friday night, when third baseman Ke’Bryan Hayes took a snack break on the field while the Mets were in the process of scoring a run.

In the third inning of a scoreless game, the Mets had Eduardo Escobar at first base with one out. Tomas Nido dropped a hit-and-run single into right field. Third-base coach Joey Cora began to put up a stop sign, but Escobar, 33, a 12-year veteran, kept going.

Escobar scored with a head-first slide, but his belly flop wasn’t even necessary. The throw from right fielder Ben Gamel was about 30 feet up the line and had to be tracked down in foul ground by pitcher Mitch Keller.

Watching the replay, SNY Mets analyst Todd Zeile noticed something shocking. As Escobar rounded third, Hayes was standing with his mitt off and reaching into his back pocket for some seeds — appearing to be totally disinterested in the play.

Zeile’s biting postgame comments marked the third time this year an opposing team’s broadcaster has called out the Pirates.

Last month, Red Sox analyst Dennis Eckersley ridiculed the lack of experience on the Pirates’ roster, calling it a “hodgepodge of nothingness.”

A week later, after an Pirates fielding error led to a run, Phillies broadcaster John Kruk said, “This is like an exhibition game between a big-league team and a college team.”

The Pirates lead the majors with 102 errors, well ahead of the second-place White Six (93 errors).

Nobody keeps stats for mental blunders, but the Pirates might lead the league in that category too. Rodolfo Castro was suspended for one game by MLB last month after his cell phone fell out of his pocket as he was sliding into third base.

If manager Derek Shelton punishes Hayes by benching him for Saturday’s game against the Mets, Castro likely would start at third base. Hayes, 25, signed an eight-year, $70 million extension in April. It’s the richest contract in franchise history.