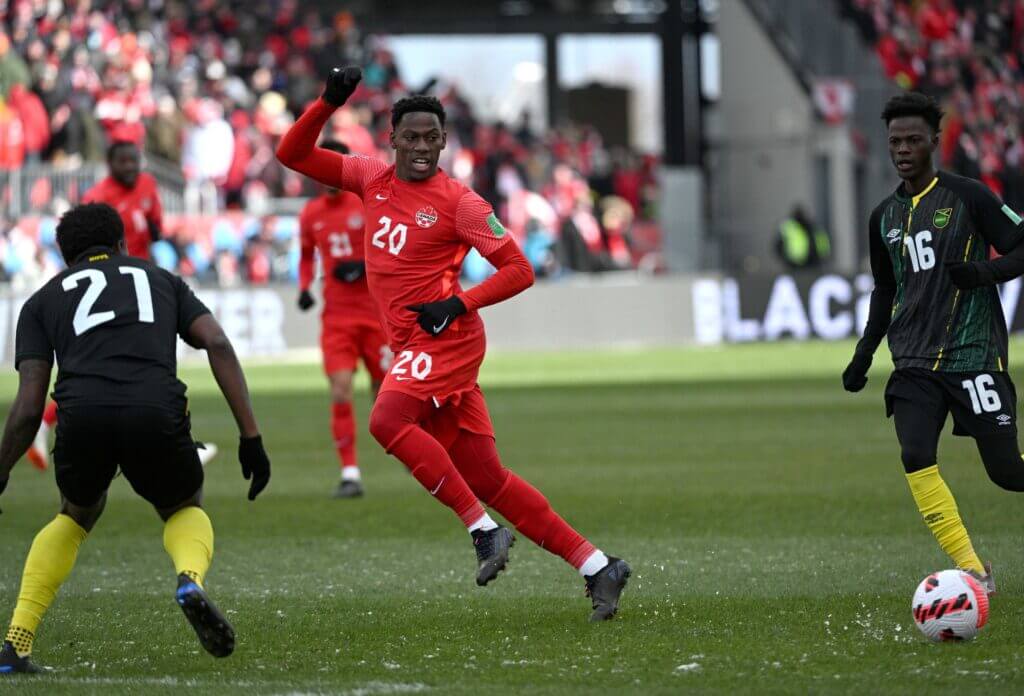 After a messy June international window for a Canadian men’s national team who didn’t get the proper tests they needed, Canada passed one of their final tests ahead of the World Cup with flying colors in a comfortable 2-0 friendly win over Qatar.

First-half goals from Cyle Larin and Jonathan David were the difference, and Canada was able to create well-timed, link-up play, and move the ball around a Qatar side that never looked in control in possession.

“We can score from anywhere,” Larin told OneSoccer postgame.

Canadian defender Sam Adekugbe provided an airy cross for Larin in the fifth minute and he added to his Canadian record tally with a header, marking his 25th goal for Canada. Larin didn’t exactly have a plethora of chances, but it is nevertheless encouraging for the men’s team that Larin, who has been fighting for minutes with Club Brugge, didn’t need much time to convert his first chance.

With a multitude of forwards fighting to make an impression on head coach John Herdman, Larin provided an early answer to the questions about what the Canadian forward line will look like in Qatar. After a bit of a scramble in front of the Qatari goal in the 14th minute, David fired home his 22nd goal for Canada from close in. David’s finish on the second goal was clinical, but Canada’s ability to be patient with the ball in the middle of the pitch stood out in this last stretch. They likely won’t have possession for much of the World Cup, but there’s reason to believe they can look comfortable when they do.

Perhaps even more notable was David’s celebration after the goal. He purposefully covered the Nike symbol on his jersey and cracked a slight smile. Canada, of course, is the only team heading to the World Cup that will not be getting a new kit for the event.