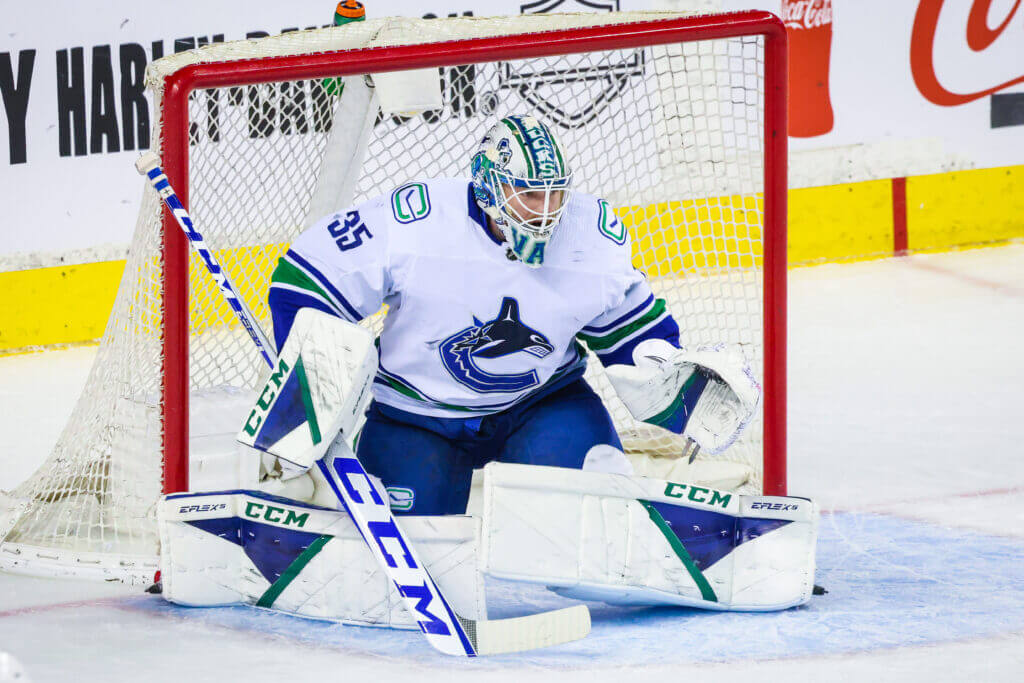 WHISTLER, B.C. — Before the three training camp groups step on the ice for the practice sessions and scrimmages that make up Vancouver Canucks training camp, Ian Clark and his goaltenders get 30 minutes of what’s referred to as “Goalie Ice.”

In these sessions, Clark walks his goaltenders through a variety of drills, often with the help of other Canucks assistant coaches, who assist him by shooting on the goaltender in various ways designed to work on various technical aspects of netminding — recovery saves, for examples.

On Thursday morning, before a single Canucks skater’s steel had hit the ice, Canucks star Thatcher Demko and 2022 seventh-round pick Ty Young, whom Demko affectionately refers to as “Buck,” stepped onto the ice with Clark. They were joined by a trio of countrymen and former linemates, Henrik and Daniel Sedin and Mikael Samuelsson.

Over the course of a 20 minute session, Clark, the Sedins and Samuelsson put both Demko and Young through an alignment drill designed to permit Canucks goaltenders to better make recovery saves, or desperation saves. The drill begins with Clark firing a close range slapper at his goaltenders, which the goalie helps direct to a skater behind the net. The other two skaters are positioned a foot or two in front of the crease, and look to pick up any loose change and deposit it into the net.

The effect is that the goaltender is tasked with making two or three or maybe four saves in quick succession. And with the twins and Samuelsson taking those shots, it was incredible to watch.

Samuelsson was an occasional Sedin linemate during their Art Ross Trophy seasons.