The Jacksonville Jaguars were firing on all cylinders Sunday as they defeated the Indianapolis Colts in a 24-0 shutout.

Second-year Jaguars quarterback Trevor Lawrence went 25-of-30 for 235 yards and two touchdowns. The Jacksonville defense was swarming as they held Matt Ryan to 195 passing yards and three interceptions. Pro Bowler Jonathan Taylor only managed to rush for 54 yards on nine attempts.

Jacksonville has now won eight in a row over Indianapolis at home, including a 26-11 win last January that kept the Colts from making the playoffs. 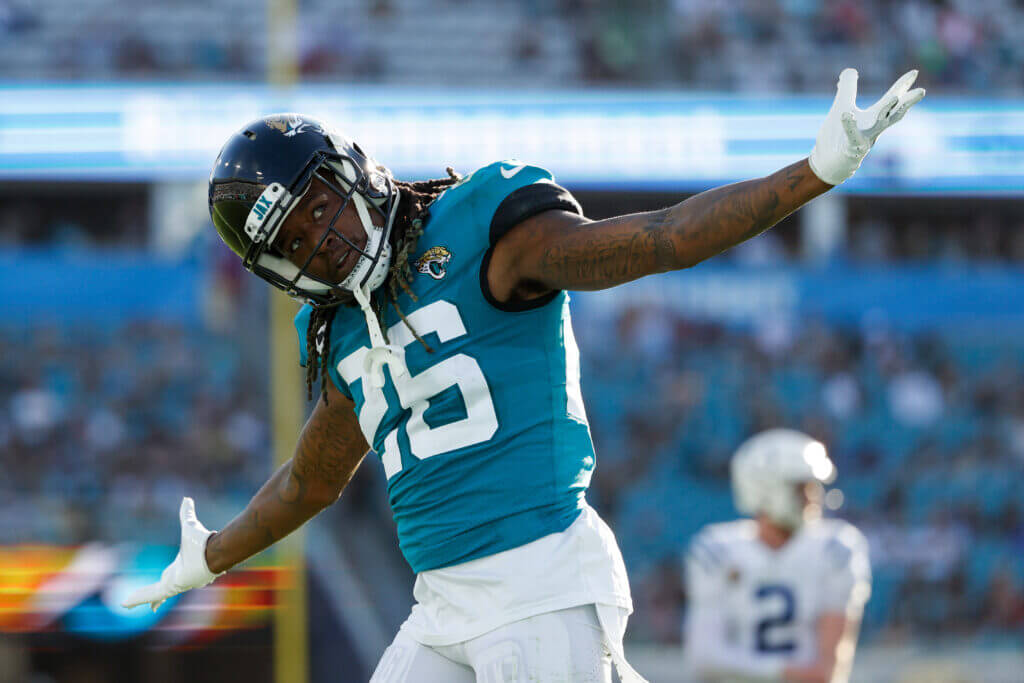 Why can’t the Colts win a game in Jacksonville? Inside the NFL’s strangest streak

The Colts fall to 0-1-1 after tying the Houston Texans last week, while the Jaguars improve to 1-1.

Indianapolis will seek its first win of the season next Sunday at home against the undefeated Kansas City Chiefs.

Takeaways from The Athletic’s Zak Keefer:

How embarrassing was this performance for the Colts?

Zak Keefer, Colts senior writer: And we thought last January in Jacksonville — a loss so embarrassing owner Jim Irsay said it “stunned and shocked and appalled him” — was bad.

This was worse. This was indefensible.

The Colts’ 24-0 shutout loss exposed every bit of this flawed roster, not to mention the poor coaching that came with it. Without Michael Pittman, Jr., the Colts were lifeless on offense — Taylor had just 5 yards at the half. General manager Chris Ballard’s decision to roll with his wide receiver unit, as is, looks like a terrible one, two games in.

The defense wasn’t any better, and two games in, it’s fair to ask whether Gus Bradley was the right hire for the vacant defensive coordinator post. Lawrence was forced into just five incompletions and, much like he did last year in Week 17, threw for two touchdowns in an easy win.

The Jacksonville curse continues: The Colts have now lost eight straight road contest to the Jags. And consider: dating back to 2003, the Colts have played 361 regular season games, only getting shut out three times. All three have come to the Jaguars.

Where do the Colts go from here?

Keefer: Don’t expect Irsay — surely irate after such a dismal performance — to make any rash moves, but there’s no doubt the pressure is ratcheting up on Ballard and coach Frank Reich, who hasn’t had his team ready to play to start the season (again). The Colts are now 5-11 in September games under Reich, and it doesn’t get any easier next week when Patrick Mahomes and the Chiefs come to town.