On Saturday night, Tottenham Hotspur showed precisely why Antonio Conte has been so desperate for more competition for places since his arrival almost a year ago.

Son Heung-min, benched when fit for the first time since July 2020 amid the strange circumstances of project restart, came on after 59 minutes against Leicester City and played like a man refreshed and with a point to prove. It was 3-2 at that point and anyone’s game, but after a 14-minute hat-trick Tottenham Hotspur had won  6-2 and all was well again in Son and Spurs land.

Son, as has been well documented, had not scored in his previous eight games this season, and looked a shadow of the man who shared the Premier League Golden Boot last term.

In seasons gone by, Son would have continued to play every minute of every game because realistically what option would his manager have had? Who was going to come in to give him a much-needed rest or a reminder that he wasn’t undroppable? Even last season after Dejan Kulusevski arrived, it would have been impossible to imagine Conte taking him out of the team for either Lucas Moura or Steven Bergwijn. Even if, as Conte admitted was the case on Thursday, he had been physically and mentally tired.

But the £60-million arrival of Richarlison has changed things. Now Conte has a genuine alternative, and so against Leicester it was he and Kulesevski given the nod alongside Harry Kane.

Son meanwhile was left to recharge a little after a gruelling start to the season, and watched on for an hour as Spurs put three goals past Leicester’s hapless defence. He must have been itching to get on, knowing that with Leicester having to push for an equaliser, their already exposed defence would get even less protection.

Sure enough he scored one, then two then three. The way he celebrated the first reflected all the frustrations he has been feeling since his lack of goals and assists has become such a focus, bordering on an obsession among Spurs supporters (and writers).

“I was really frustrated as well,” Son told Sky Sports after the game about his slow start to the season. “The way I play I can do much better than I have been. I have been disappointed, the team has been doing really, really good but I was disappointed with my performance.

“My finishing has been poor this season. I’ve also been a little bit unlucky with an own goal, two offside goals and hitting the crossbar. I knew goals were coming and I wasn’t worried.”

As Son nodded to there and The Athletic showed on Thursday, his underlying numbers have actually been pretty good this season, and so the sense was {that a} goal was not far away. Before the weekend no one had had more shots in the Premier League than his 17 without scoring, and only Brighton & Hove Albion’s Solly March (1.8) had a higher total xG than Son’s 1.7 without finding the back of the net. But even so, there was still anxiety about his lack of end product, and some feared how he would take being rested given it’s not been a realistic option for the last couple of years. 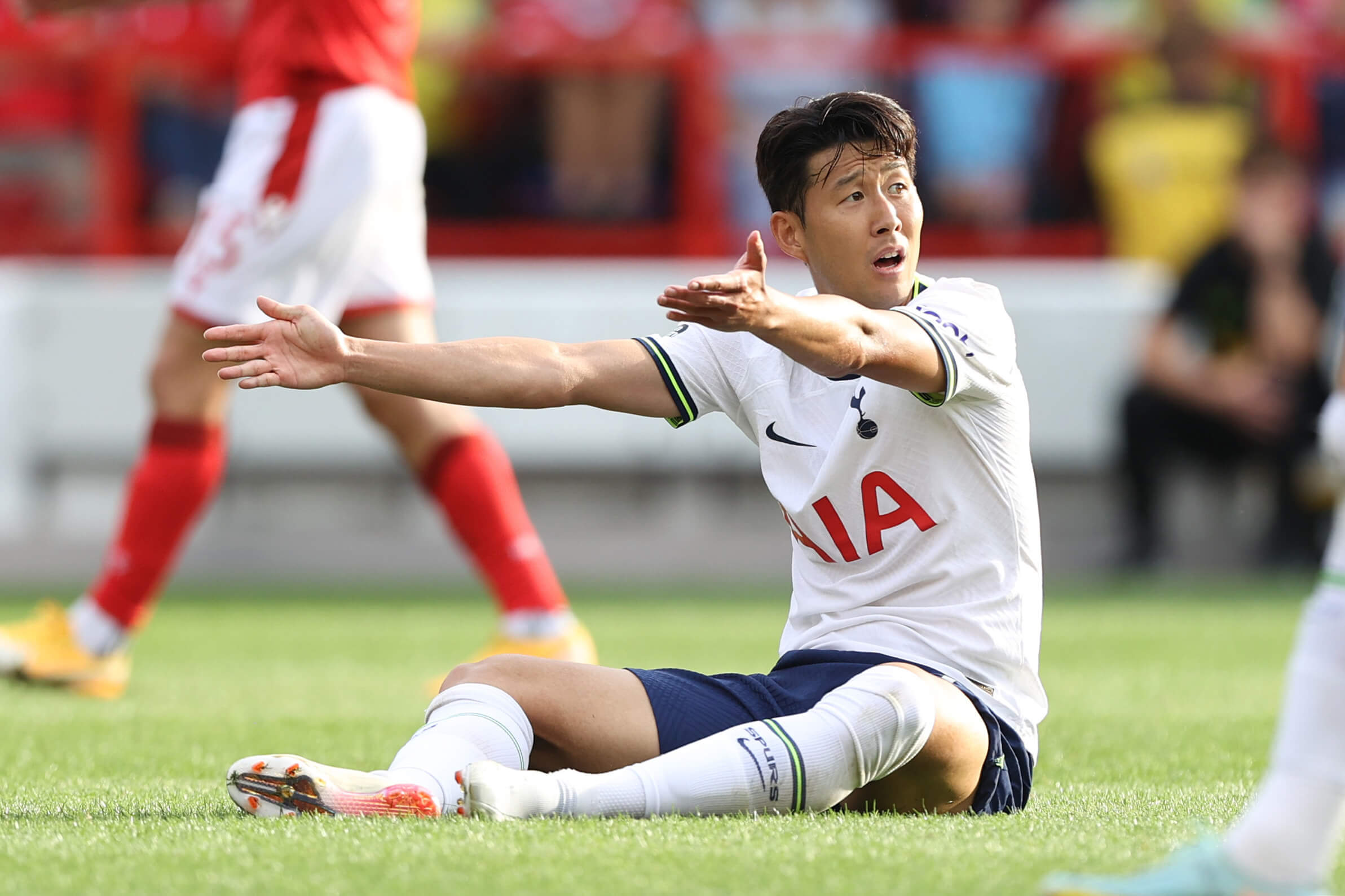 Son made a mockery of those worries with his hat-trick, but after the game Conte returned to the theme of the mental pressure Son has been under this season.

“I was a player and I know you want to play massive games, but they are starting to understand the rotation. To have a player of Son’s level on the bench means that in one moment I can change the game.”

Those are the two key elements of the situation — that having genuine competition for places means his star players can have a rest, but also that it gives Conte proper options off the bench. Yves Bissouma also came on and made a game-changing contribution, and Conte also paid tribute to him after the game, before pointing to the fact that another of his apparent undroppables Cristian Romero was on the bench against Leicester.

It raises hopes that in this strange, World Cup-interrupted season which includes the reintroduction of the five substitutes rule, Conte will be able to properly rotate his squad. Perhaps even Harry Kane will have a rest at some point. A front three of Son, Kulusevski and Richarlison would still strike fear into Premier League defences.

Conte has been reinforcing the message that no one is guaranteed a place in his team this week, and benching Son was the most powerful way he could have got this across. He joked that he said to Son that after the game “if you’re going to score three goals in 30 minutes maybe we can repeat this experiment.”

Who knows when we’ll see this “experiment” again, but either way Spurs showed the benefits of proper competition for places on Saturday. And Conte used his position of strength to hammer home the point that if Spurs’ players want to move up a level they have to accept the new reality that no one’s place is safe.

“We have just started but if the players want to play for something important, to lift a trophy — they have to understand this,” he told The Athletic. “Otherwise they continue to play every game, but they don’t go to win anything. This is clear. Clear. It happened in the past here and I repeat, I want to try and change to bring this team to another level. If you want to stay in a team with ambition, you have to accept this type of situation. Otherwise you have to go to a medium team, and then you are sure you will play every game. And then it will be very difficult to lift a trophy in this way.”

This win over Leicester will be remembered for Son’s hat-trick but also for the message Conte sent by benching him. And it’s one we can expect to see repeated with Son and the rest of the squad throughout this season.