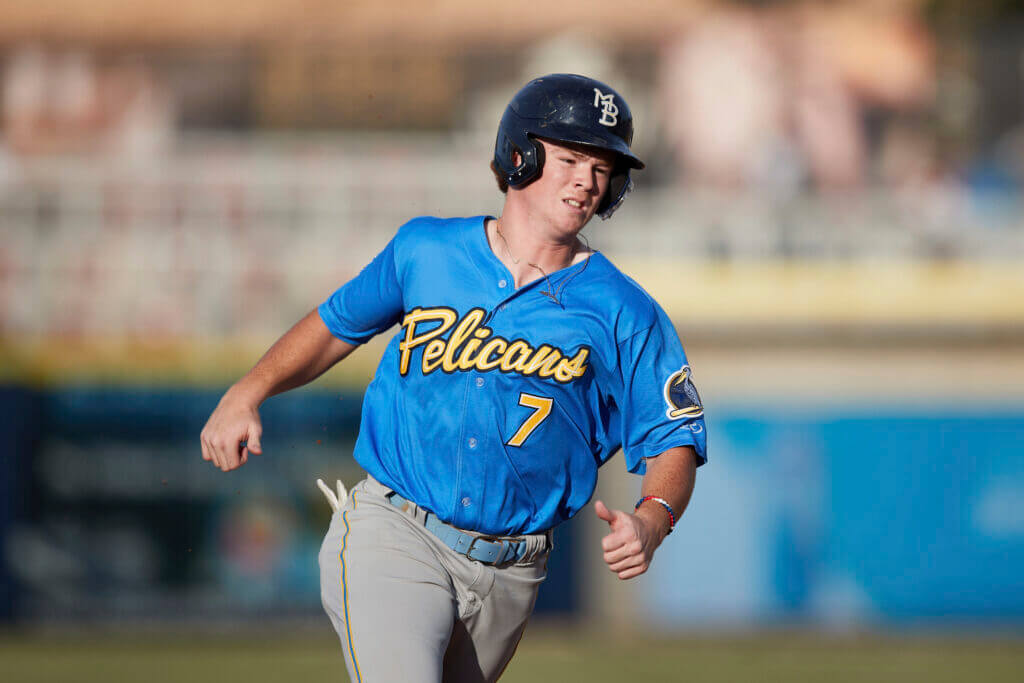 In trying to find the positives within a difficult rebuilding year, and evaluate his performance during his third season as Cubs manager, David Ross remembers the championship standard he helped set as a player in 2016. It’s not about self-promotion or expected value or prospect rankings. Everything should be geared toward winning at Wrigley Field.

The Cubs should be measured against franchises like the Dodgers and Red Sox, not minor-league affiliates like the Charleston RiverDogs or the Cedar Rapids Kernels. Sweeping a three-game series against the Mets in New York this week still left the Cubs with a 61-82 record at the only level that really matters. Between the inevitable injuries in September and the state of the bullpen after a sell-off at the trade deadline, each game is such a challenge for the Cubs that it wouldn’t be a shock if the Rockies swept this weekend’s series at Wrigley Field.

Yet there are still clear signs of progress in Low-A Myrtle Beach, High-A South Bend and Double-A Tennessee each qualifying for the playoffs. Because there were warning signs back in 2019, Theo Epstein’s year of reckoning, when the Cubs finished 23rd out of 30 in Baseball America’s accounting of the overall records for each organization and its domestic minor-league affiliates. At a time when the Cubs needed a next wave of talent to supplement their World Series core and create options for the future, their Double-A club went 58-81 while their High-A affiliate finished with a 55-81 record.

The Tennessee Smokies have clinched a playoff berth for the first time since 2013!! See you on September 20 at Smokies Stadium for Game One of the playoffs. pic.twitter.com/Riw8aBN06f

“If you develop a bunch of really good players and help them get better every day, you’re naturally going to win games,” said Jared Banner, the vice president of player development for the Cubs. “That’s what’s happened for us this year.”

It’s also significant because the Cubs have undergone so many changes in baseball operations in recent years, from Jed Hoyer taking over for Epstein to the creation of new hitting and pitching departments to the hiring of new personnel to oversee scouting and player development. The COVID-19 pandemic also shut down minor-league baseball in 2020, eliminating certain opportunities for players to get better. This minor-league season also figured to be telling for an organization that moved slower to fully embrace data and technology and sometimes struggled to smoothly implement those ideas.

“It’s building that competitive nature within our players,” Banner said. “Every time they take the field, they want to win and beat the opposition. That’s the focus of the game. It’s a team game, first and foremost. Now, in order to help the team win, there are certain things that you need to do individually. Those are a lot of the things we focus on with our individual player-plan goals and a lot of our conversations. But ultimately the goal is for these guys to come up to Wrigley and help us win. The more practice they get doing that, the better.”

From the beginning of the 2022 regular season through Myrtle Beach’s first playoff game, James Triantos had faced 183 pitchers, and only seven were younger than him, according to internal research done by the Cubs.

In theory, Triantos could be on North Carolina’s Chapel Hill campus right now, preparing for his freshman season in the Atlantic Coast Conference. Instead, Triantos, who will turn 20 this offseason, had to learn how to make adjustments throughout the year in the Carolina League, hitting .272 with seven homers, 50 RBIs and a .721 OPS through 113 games.

Triantos graduated from high school a year early and reclassified into the 2021 draft, which opened the opportunity for the Cubs to select him in the second round and buy out his college commitment with a $2.1 million signing bonus. From a scouting perspective, the Cubs believed their evaluations of Triantos matched up with what the best college hitters in the draft typically looked like in high school.

When the Cubs promoted DJ Herz from South Bend to Tennessee this summer, they rewarded his outstanding performance while also recognizing that he needed to make changes to ultimately reach the majors. Seeing a higher level of competition could accelerate that process for Herz, the organization’s minor league pitcher of the year last season. In practice, though, it has been a rough adjustment period (8.46 ERA in eight Double-A starts). The Cubs recently activated Herz from the development list, hoping that reset will help set him up for a pivotal offseason.

“This is the first time he’s ever struggled in his career,” Cubs pitching development coordinator Casey Jacobson said. “It’s tough on the surface to see a guy go through that. But when you know the type of character that DJ has, it’s actually probably a really good thing because there’s not a challenge that he won’t meet and likely surpass in a pretty reasonable amount of time.”

Herz, 21, could have played college football and baseball at North Carolina, but instead he signed with the Cubs as an eighth-round pick in the 2019 draft. He maximized his time during the minor-league shutdown in 2020, training his body and sharpening his repertoire for a breakout season that saw him make 20 A-ball starts last year, piling up 131 strikeouts in 81.2 innings. That momentum carried over into a strong start this year with South Bend, where he posted a 2.26 ERA in 17 starts and a 13.99 strikeout rate per nine innings pitched. It wasn’t entirely unexpected at this stage of the season, but he may have hit a wall against Double-A hitters.

“There were definitely some things that we noticed in his delivery that actually had also changed a bit from South Bend to Tennessee,” Jacobson said. “Some of his positioning on the rubber had gotten a little bit extreme. I think there was some fatigue at play because we saw some adjustments that he was making that at least intuitively you would think, ‘OK, that’s probably him trying to get something more out of his body.’”

(We were) trying to give him a little bit of a blow because this is the most he’s thrown, the most starts he’s made. We were very intentional last year about trying to keep him on extra rest, coming off (no minor-league season in 2020) and coming off an offseason where he added some pretty significant muscle in that priority camp. We wanted to be smart about how he was used.”

Beyond the natural athleticism, track record of success in the lower levels of the minors and the difficult left-handed look he presents to hitters, there were encouraging signs in Herz’s last Double-A start.

“As we see some of the delivery stuff coming through in our biomechanics data, we saw some adjustments being made,” Jacobson said. “That could be because he’s feeling a little bit fresher. It could be just some of the work they did during that time on the (development) list. But we want to give him the best opportunity to finish on a high note because I know he’ll be down here in Arizona. We’ll get back to work again this offseason and put him in a position to be ready to come out guns blazing next year, wherever that ends up being.”

The Cubs are expected to feature seven prospects in the Arizona Fall League, a showcase that should create a more competitive environment than just pitch labs and strength training at the Mesa complex, giving the organization more information on who could potentially contribute next season:

Brennen Davis: The idea is to play catch-up and face more high-level pitching after a midseason surgical procedure on his back sidelined the Triple-A Iowa outfielder for almost four months.

Miguel Amaya: After returning to game action in a DH-only role, the hope is that he will be able to resume catching duties with the Mesa Solar Sox as he continues to build up following Tommy John surgery last offseason.

Matt Mervis: Undrafted as a two-way player out of Duke in 2020, the left-handed-hitting first baseman has put up a monster season at three different minor-league affiliates (33 home runs, 111 RBIs, .991 OPS combine through 125 games), though a September call-up has essentially been ruled out because he’s not eligible for the upcoming Rule 5 draft and he doesn’t have to be added to the 40-man roster this offseason.

Bailey Horn: Acquired from the White Sox in last summer’s Ryan Tepera trade, the left-handed reliever has posted a 2.88 ERA with 72 strikeouts through 50 innings combined at South Bend and Tennessee this season.

Zac Leigh: The right-handed reliever advanced to the Double-A level this season and has a 2.55 ERA and 68 strikeouts in 42.1 professional innings since being selected out of Texas State in the 16th round of last year’s draft.

Sheldon Reed: Another undrafted free agent from the 2020 class who’s pitched out of the bullpen for Myrtle Beach and South Bend this year after attending Clemson and Spartanburg Methodist College.

Riley Martin: The left-handed reliever pitched five seasons at Quincy University in Illinois before getting drafted in the sixth round last year and starting his professional career (141 strikeouts and a 3.70 overall ERA in 97.1 innings at the A-ball level).