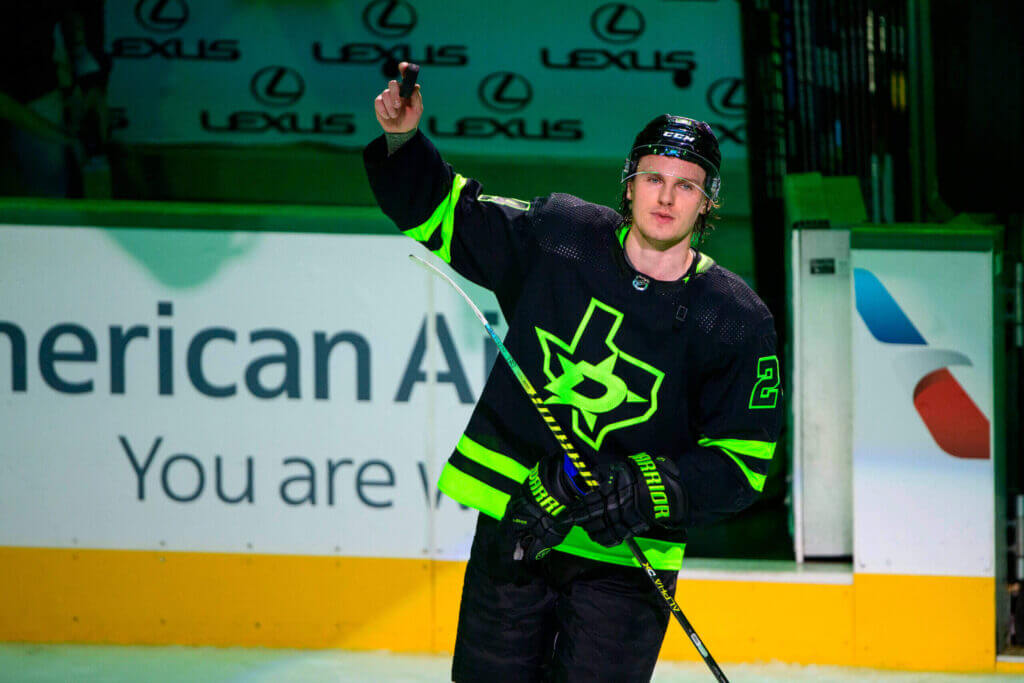 It’s only the first day. It’s only training camp. It was only a scrimmage. Front office members, coaches and players are always quick to downplay the significance of what happens on the ice at this point in the season.

They’re mostly correct, too. A lot of players are just getting back in the swing of things. Even those who have been recreationally skating for a while, most players haven’t taken a hit in four months. The Stars had a player who began this week as not part of the organization, then hopped on a plane, flew across the ocean and was on the ice the next day. Are we really supposed to evaluate how Nils Lundkvist looked like after that kind of week? It would be silly to do so.

However, through two days of practice and one scrimmage, one development on the ice may warrant a double take.

Jason Robertson has been absent from training camp as his agent and the Stars negotiate a new contract for the 23-year-old star. By his absence alone, one of the top lines in the NHL last season, which generated more than a third of Dallas’ offense, would be broken up, at least for the time being. But even though Robertson was at training camp, he was listed in Group A with Joe Pavelski and Tyler Seguin. Group B featured a line of