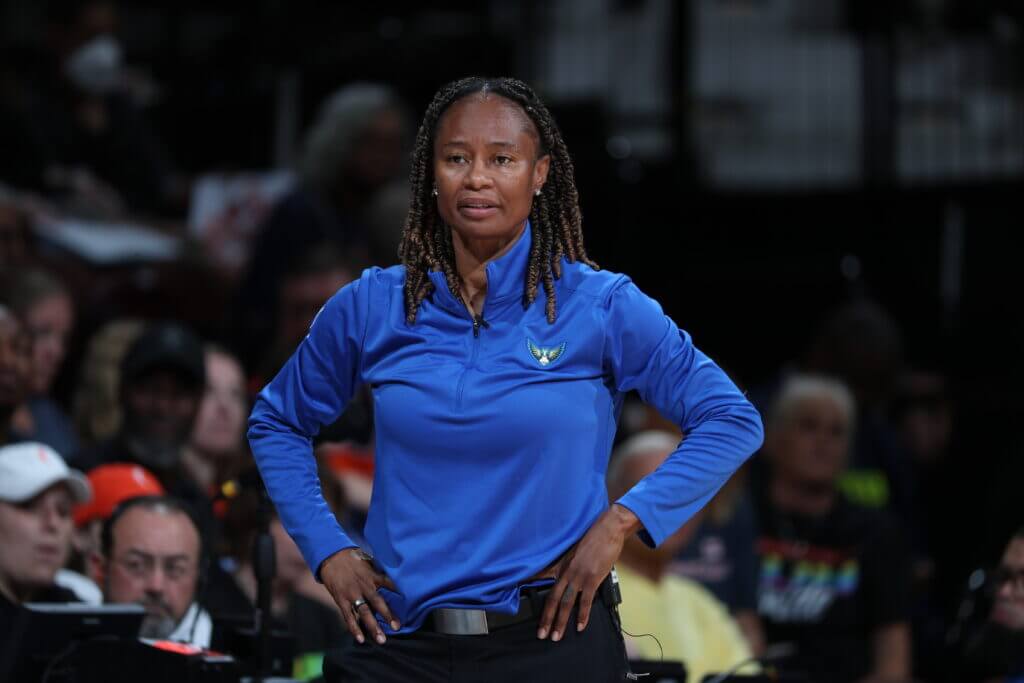 The Dallas Wings have parted ways with coach Vickie Johnson, deciding not to exercise her team option, the team announced Monday. A search for a new coach will begin immediately.

We have opted to not exercise the team option on Head Coach Vickie Johnson’s contract in accordance with the initial terms of the agreement.

Despite star guard Arike Ogunbowale’s absence during the late stages of the season with injury, the Wings showed improvement. They made the playoffs in both years of Johnson’s tenure, falling 2-1 in a first-round series against Connecticut this year.

Johnson was the Wings’ fourth coach since 2018.

“While our organization has taken steps forward this season, at this time I believe a change provides our team with the best opportunity to achieve our long-term goals of advancing in the playoffs and ultimately competing for a WNBA championship,” Wings president and CEO Greg Bibb said in a statement. “I would like to thank Vickie for her work on behalf of the organization and wish her the best in her future endeavors.”