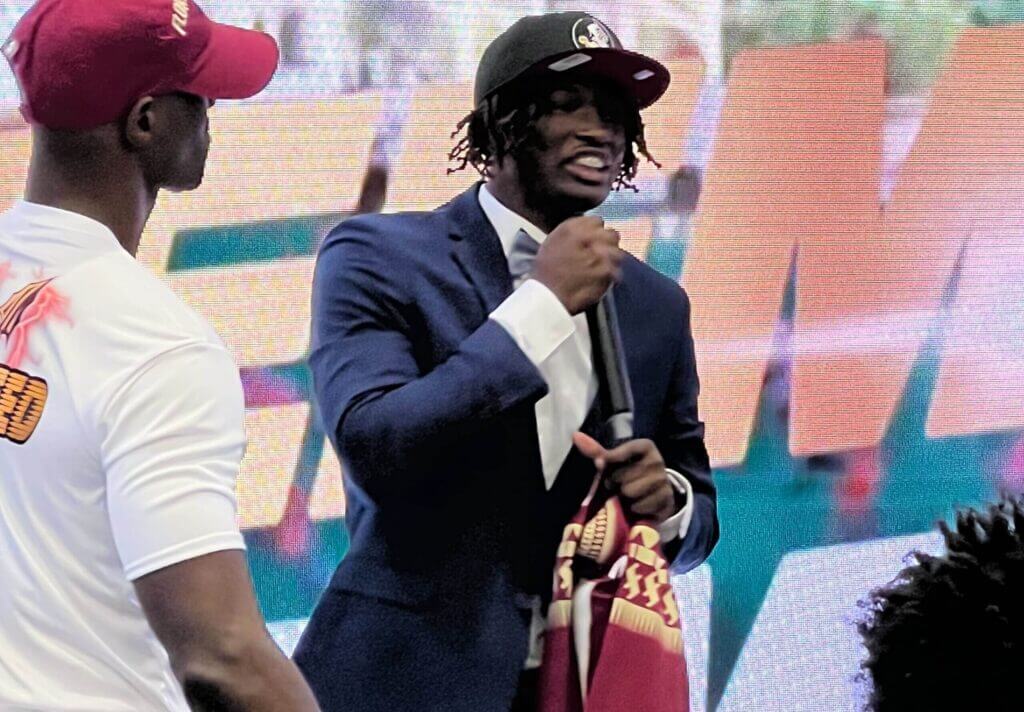 FORT LAUDERDALE, Fla. — When Peter Warrick announced he was signing with Florida State back in 1995, there were no rotating display cases carrying the hats of the college football teams he was considering.

Warrick didn’t have a smoke machine, a DJ spinning records and getting the crowd hyped at Bradenton Manatee High School, nor a stage with fireworks that discharged the moment he announced he was going to go play for Bobby Bowden.

His signing day moment didn’t happen in late September either. It took place the first Wednesday in February alongside five of his high school teammates, who sat at a table inside a quiet school library with a few cameras and a single microphone their coach passed around to them.

“Mine was like that,” a gray-bearded Warrick, 45, said Friday afternoon pointing to a handful of people sitting on the bench inside Fort Lauderdale Stranahan High School – long after five-star All-American receiver Hykeem Williams had announced he intends to sign with the Seminoles in mid-December.

“This has changed a lot. But I’m happy for him. Proud of him. Just a great honor for him. The only thing that’s going to happen now is things are going to get better for him.”

Warrick, an NFL first-round pick, national champion and two-time All-American, attended Friday’s commitment ceremony along with former Seminoles receiver Marvin “Snoop” Minnis, who needed the help of a cane to get around. The FSU receiver duo came out with customized T-shirts of Williams in an FSU jersey with the word “Committed” on the back, and presented Williams with a Florida State jersey with his name on the back.

It all came about, Williams said, after he told Florida State coaches last month he was silently committing to the program and announcing his choice at Friday’s ceremony.