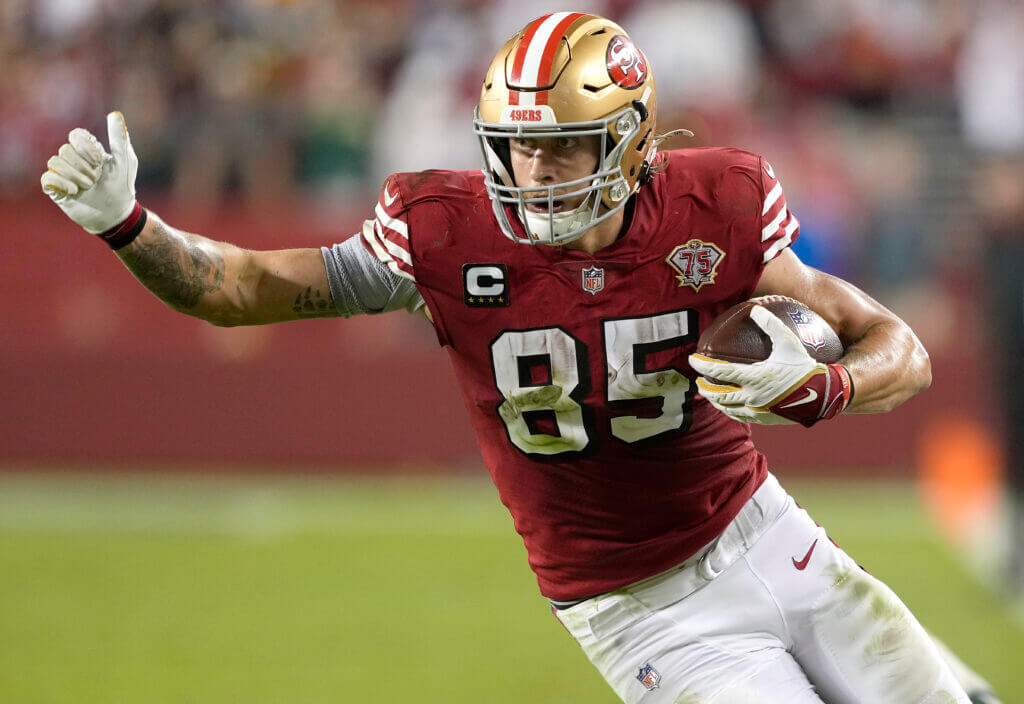 Kittle is officially listed as questionable with the groin injury that held him out of San Francisco’s season-opener against the Chicago Bears.

He returned to practice on Friday but was listed as limited and looked to be moving well during warmups.

Without Kittle in Week 1, Tyler Kroft saw the majority of snaps at tight end with Ross Dwelley and Charlie Woerner also getting reps. Kroft and Dwelley each had one catch in San Francisco’s loss to the Bears last weekend.