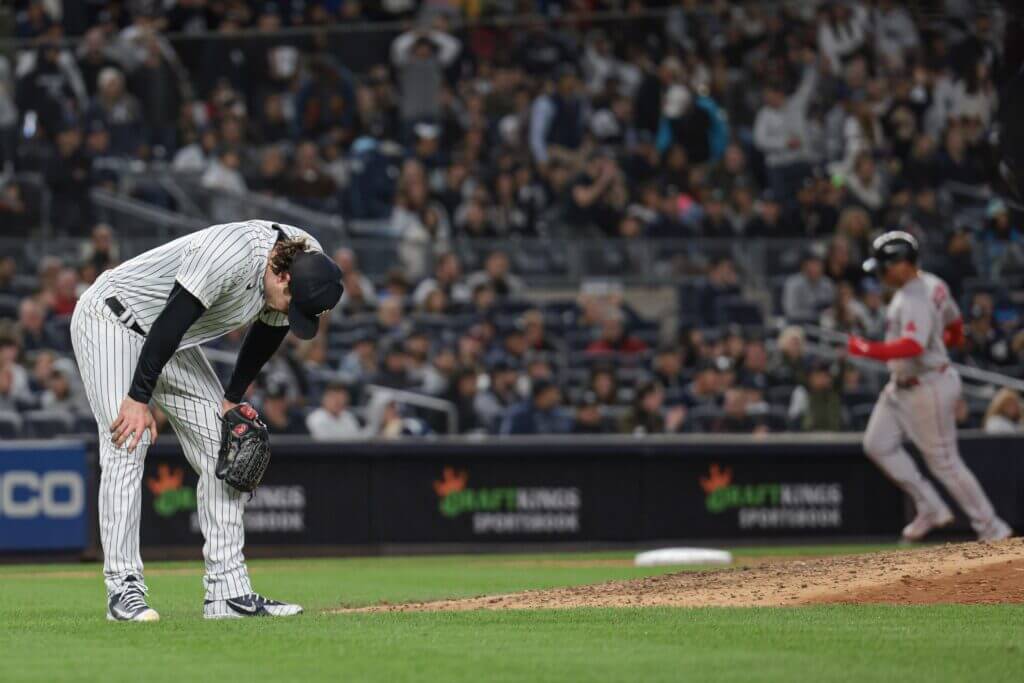 NEW YORK — Aaron Judge has already set his career high for home runs in a season with 60. The other pillar of the Yankees, Gerrit Cole, finds himself in an unceremonious pursuit of his own career high in home runs.

Cole was asked about his home run problem last weekend in Milwaukee after he surrendered two to the Brewers and didn’t have an explanation for why it’s been a struggle for him to hold opponents in the ballpark other than saying, “I’m processing that process right now,” and, “In some cases, it’s remarkable.”

Boston outfielder Alex Verdugo took Cole deep in the sixth inning for a three-run shot after the Yankees starter didn’t receive a borderline called strike three in the same at-bat.