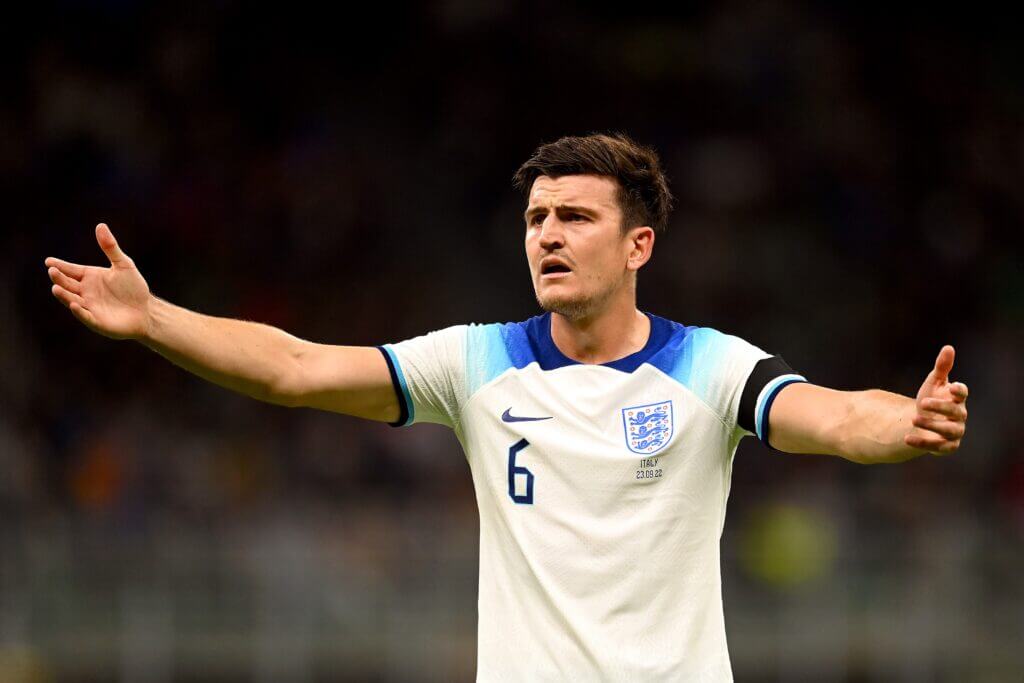 England defender Harry Maguire urged supporters to stick with the side after a 1-0 Nations League defeat to Italy, while midfielder Declan Rice insisted his team-mates would turn on the style at the forthcoming World Cup.

Gareth Southgate’s side were relegated from the Nations League top tier after a result that saw travelling fans at San Siro boo the players off the pitch.

England’s five-match winless run — which included two defeats to Hungary in June — is their longest since 2014, but Maguire made a plea for backing, with the Qatar tournament only two months away.

“We’re a strong group mentally — we’ve given people an unbelievable five years or so,” Maguire, who was part of the side that lost to Italy in the Euro 2020 final, told the BBC. “We’re in a period where we have to come together.

“The fans are probably frustrated, and they have to stick with us because we’ve got a big tournament coming up.

“To win that tournament or progress in that tournament, we need the fans with us, so whatever has happened in recent months we are working tirelessly hard to improve that and get back on track, because it is a big winter and World Cup and we need to make sure we’re ready. And we will be.”