He is the player Everton hope can be the future of their midfield. Someone described by his national team coach Roberto Martinez as one of the best talents in his position in Europe.

After months of relative penny-pinching, Everton have finally got the one they wanted over the line.

At 20, Amadou Onana arrives on Merseyside with a hefty price tag for someone his age — a guaranteed £30million ($36.8m) that should rise further once bonuses are included — and the reputation to match.

Everton, though, feel he will be worth it, and the groundwork they have done over the last couple of months — which helped them beat off competition from West Ham United and others for his signature — will be rewarded on the pitch.

Long before the end of last season, manager Frank Lampard highlighted midfield as a priority area to strengthen. He quickly found he was on the same page as director of football Kevin Thelwell, with conversations between the pair highlighting the need for more power and ball-winning ability.

Lampard and Thelwell had a specific profile in mind, and tasked their recruitment network with finding an ideal fit.

Comfort on the ball and an ability to help build from the back was essential, but so too were physicality and running power.

The ideal Lampard midfielder can drop into the back line and offer a presence there when necessary.

But those individuals are few and far between — particularly affordable ones for Everton competing at a high level. Where Lampard saw Declan Rice of West Ham as the ideal fit for the role while he was Chelsea manager, this time he would have to box smart.

Onana was flagged by Everton’s recruitment network last season as a player of particular interest. Despite making just 11 starts for Lille in his first and only campaign in Ligue 1, the towering midfielder had quickly earned the approval of key decision-makers in Everton’s recruitment hierarchy. France is still an area of interest for Everton, and it is telling they retained senior scouts there at a time when they decided not to extend others in Italy and Portugal.

Initial contact was made with the player’s representatives long before the end of last season to enquire about his situation but there were obvious issues and hurdles to overcome.

The first was Onana, at 20, had not envisaged leaving Lille after one season. His plan initially had been to remain there and build up his experience for at least a further year.

The other was up to five other clubs, including West Ham, were also exploring a potential transfer.

Everton were putting in the groundwork on Onana before West Ham came to the table with a firm offer, but at one stage it looked like the London club would win the race. They were the first to meet Lille’s asking price for Onana, agreeing to pay a package of up to €40m (£37.8m, $41.4m).

While there was some concern at their interest, in a curious sense it reinforced Everton’s view of the player. As senior officials at Goodison knew well, their former manager David Moyes has always had an eye for a signing — and only sanctions moves when he is absolutely sure on a player. Moyes’ involvement only served to convince them they were on the right track.

By this stage, Onana was open to a move to the Premier League. The amount of interest in him confirmed he was ready for the next step.

In a straight tussle with West Ham, Everton had several trump cards.

The Belgium international had several conversations with Lampard and Thelwell over his potential role in the setup and how he would be used. The plan placed in front of him was considered impressive, and from the first call Everton were seen as a good option.

“They showed me that they really want me and have a plan for me,” Onana said after signing. 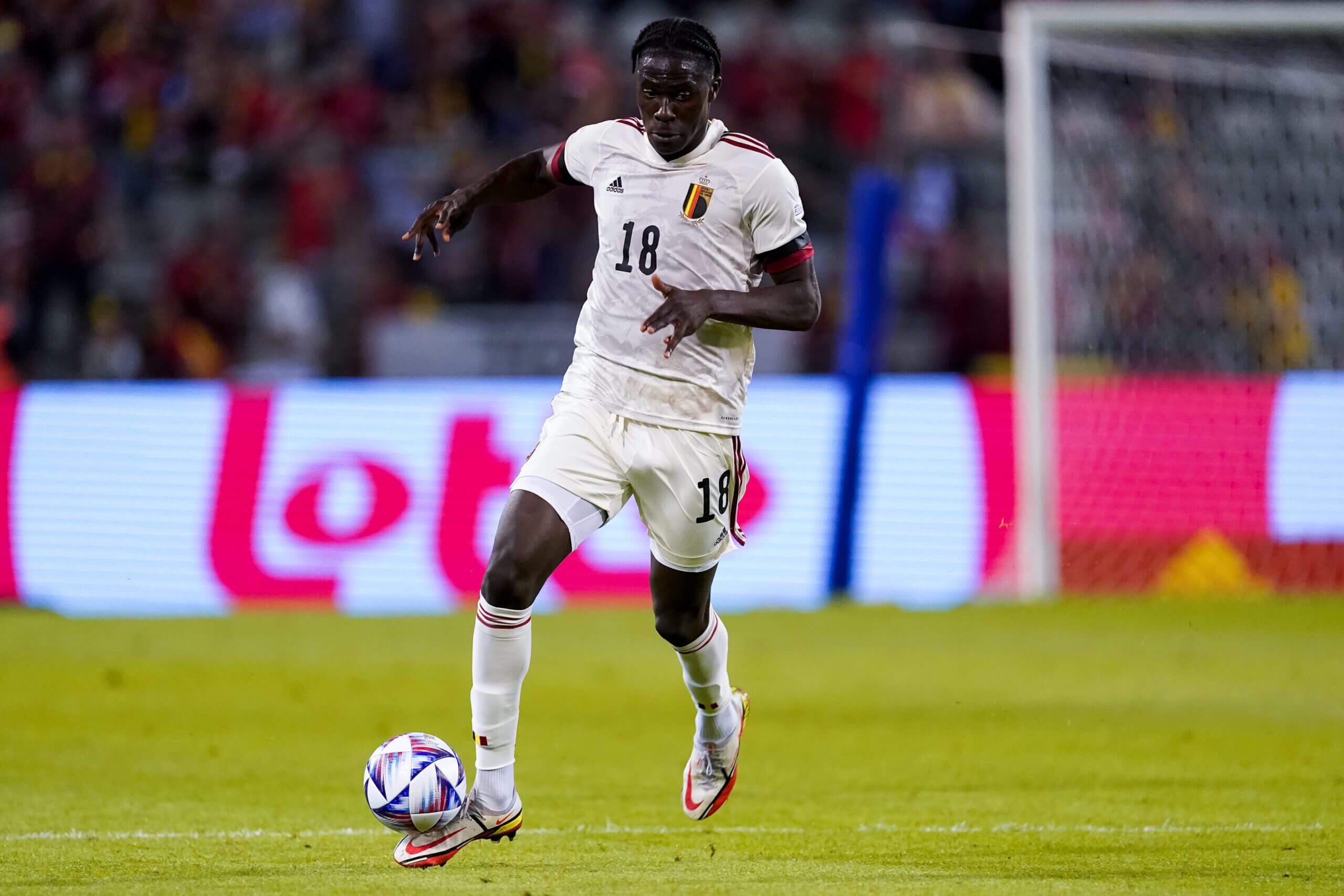 Figures close to the deal describe Lampard as a decisive factor. The Everton manager made it clear in talks with the player that he wanted him at Goodison, and Onana felt like he could learn under the tutelage of one of the Premier League’s greatest midfielders.

On the player side, due diligence was carried out with key figures in Belgium with ties to Everton. Fellow international Romelu Lukaku spoke to Onana in positive terms about playing at Goodison, Everton’s fans and the club in general. The message was: “If you have an opportunity to go there now — take it.” National team coach Martinez provided further background, and reinforced the importance of game time in a World Cup year.

It was seen as a promising sign that Idrissa Gueye was contemplating a return to Everton. Both players hail from Senegal, speak French and Wolof — the most widely spoken language of Senegal — and there are high hopes they will be able to strike up a good midfield partnership should Gueye’s move to Everton be confirmed.

Negotiations with Lille were led by chairman Bill Kenwright, who is once again taking an active role on deals. Initial questions over Everton’s ability to finance a deal were answered when they agreed to pay the full sum with a small initial down-payment. This has been a feature of their dealings this summer, with the deal to sign Dwight McNeil structured similarly.

From the point Everton indicated they would match West Ham’s offer, there was only one choice.

Onana flew to Manchester late last week, undergoing a medical on Saturday morning before heading to Goodison to take in Everton’s 1-0 defeat against Chelsea.

Although most of the finer points were confirmed after Saturday’s match, the move was not made official until Tuesday, with Lille late to submit their side of the documentation.

In Onana, Everton feel they are getting an all-round midfielder who can contribute in a number of different roles.

For now, he is most likely to be used as a No 8, making use of his loping stride and technical ability to go between both boxes. But there is a feeling he can in time be an option in front of the defence too.

Onana is 6ft 5in (195cm) and his physicality appeals, as does his ability on the ball — particularly when it comes to breaking the lines. Crucially, he is an adept ball-winner who should be able to play with the intensity Lampard demands from his midfielders.

Everton are getting a rounded individual with experience playing — and living — in Germany, France and Belgium. Onana speaks five languages, and in his spare time plays the piano and composes music.

Everton and Belgium hope he can one day become a figurehead in the dressing room. The focus from Lampard and Thelwell this summer has been on making the team more robust — in other words, less injury prone — and adding leadership.

Speaking to Sky Sports, Martinez described him as a “coach on the pitch” with “incredible maturity”.

Onana has captained Belgium’s under-21 side. In June, he made his international debut against the Netherlands.

“Amadou is a leader that, as a young man, is affecting others in the dressing room,” Martinez added.

As far as Everton are concerned, Onana ticks about every box. He will need time and patience to show his true potential, but is ready to contribute this season.

There is excitement about what he will bring to the club on the pitch during the duration of his five-year contract. This is a player with a heady reputation, who many in the game tip to reach the top and his arrival is seen as a coup.

Expect Onana’s progress at Goodison to be monitored not just in Belgium, but across Europe.