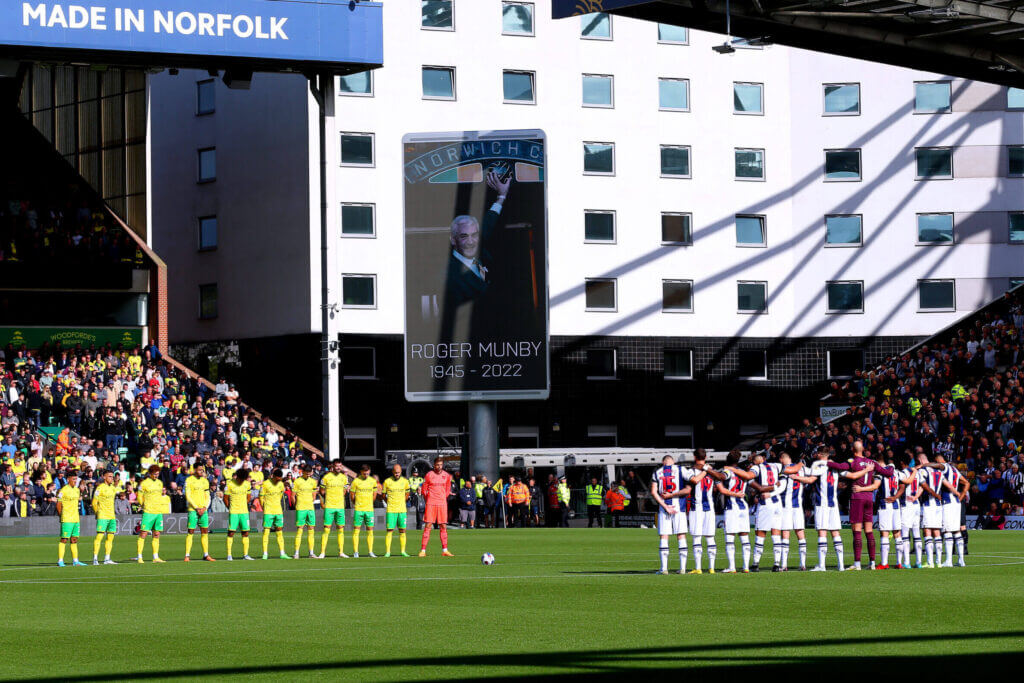 In the midst of a period of mourning for Queen Elizabeth, the reason for a minute’s silence held before Norwich City’s game against West Bromwich Albion on Saturday may have been lost on some.

At Carrow Road in front of 26,303 supporters, the gesture was perfectly observed: a mark of respect for former chairman and director Roger Munby, who died in the early hours of that morning at the age of 76. The news was made public by the club a few hours later.

That so many were in attendance, as has been the case at a regularly sold-out Carrow Road for the past two decades, was a fitting legacy. Much of what Norwich City has stood for in recent years can be traced back to Munby’s time and influence on the club’s board.

That includes an effort to be open and transparent in their communication, an approachability most football clubs shy away from, and a connection with fans that is strong enough for the club to separate itself from the cycles of success and failure on the pitch that are an inevitability of competition.

Munby was a Norwich businessman, marketeer and researcher who was a director at the club for a brief spell in the 1980s before greater involvement following his reappointment in 1996. The latter 13-year spell included eight years as chairman after being asked to do so by current owners Delia Smith and Michael Wynn Jones.

At this point, it is worth appreciating the atmosphere around Norwich as a club in 1996 before Munby became involved.

The air at Carrow Road had been thick with protests at then-chairman Robert Chase, who was blamed by supporters for the