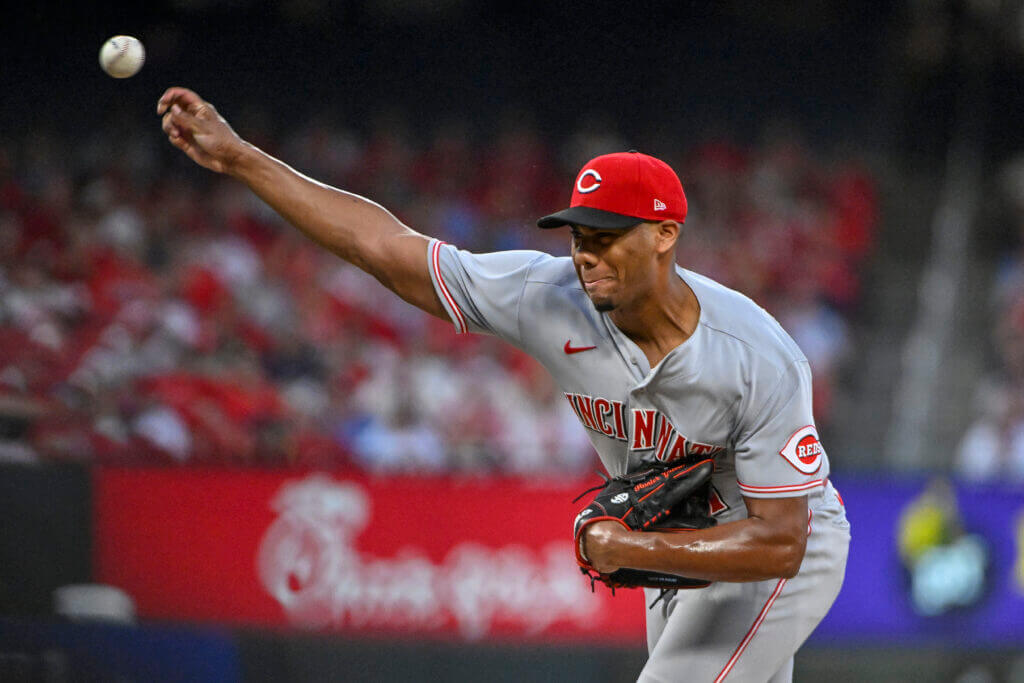 Cincinnati Reds pitcher Hunter Greene is off to a fast start in his first game back from the injured list Saturday night. He struck out eight St. Louis Cardinals batters in his first three innings, throwing 30 pitches that topped 101 mph, the most for any game in the pitch-tracking era.

The previous record for most in a game was 26 by Jordan Hicks in 2019.

Greene finished his six innings of work (he entered the night on a 75 to 80 pitch limit) with a career-high 11 strikeouts, allowing four hits, zero walks and zero runs to the Cardinals’ lineup.

Eight of those strikeouts came on 101-plus mph pitches. According to MLB.com, no other pitcher in the pitch-tracking era (since 2008) has more than three in a game.

Greene’s start was his first since Aug. 1, after which he went on the IL with a right shoulder strain. Entering Saturday night, the rookie was 4-12 with a 5.26 ERA for the 57-88 Reds.

While rehabbing with Triple-A Louisville, Greene struck out 15 in seven innings.

Greene’s previous major league career-high came on May 15, when he struck out 9 in Pittsburgh and didn’t allow a hit in 7.1 innings.