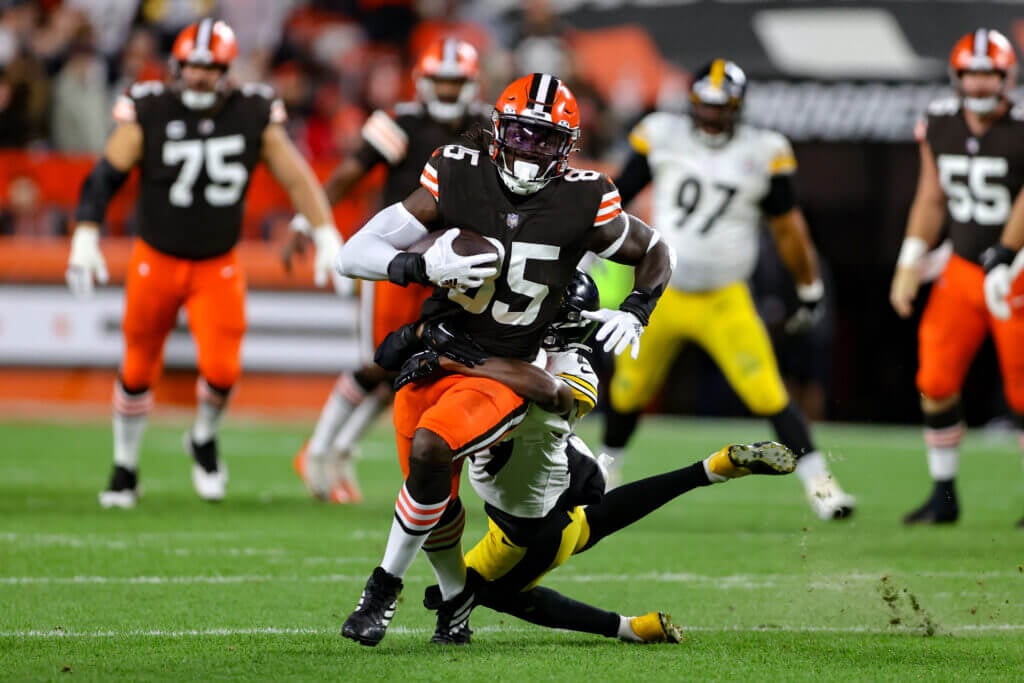 Analyzing the snap counts, key moments, big blocks and advanced stats and more from the Browns’ 29-17 win over the Steelers Thursday night…

It was a night for the Browns to feature their two tight ends playing new and expanded roles this season, David Njoku and … Michael Dunn.

Njoku has a fat new contract, and after playing just 64 percent of the snaps last season, he’s now the Browns’ clear No. 1 tight end. Dunn is a backup offensive lineman who’s found a role playing as an extra tackle/tight end in the Browns’ various jumbo packages. Against the Steelers, the Browns opened the game with Dunn on the field and Dunn played a season-high 14 snaps.

Dunn playing at tight end is one of the ways the run-first Browns are challenging defenses and opening up holes for the powerful running back duo of Nick Chubb and Kareem Hunt. The pass game has been efficient, too, and in the win over the Steelers, Njoku had a career night with nine catches for 89 yards and a touchdown. Per Pro Football Focus, Njoku gained 57 yards after the catch.

By design, Jacoby Brissett started looking to Njoku in the middle of the field Thursday night.