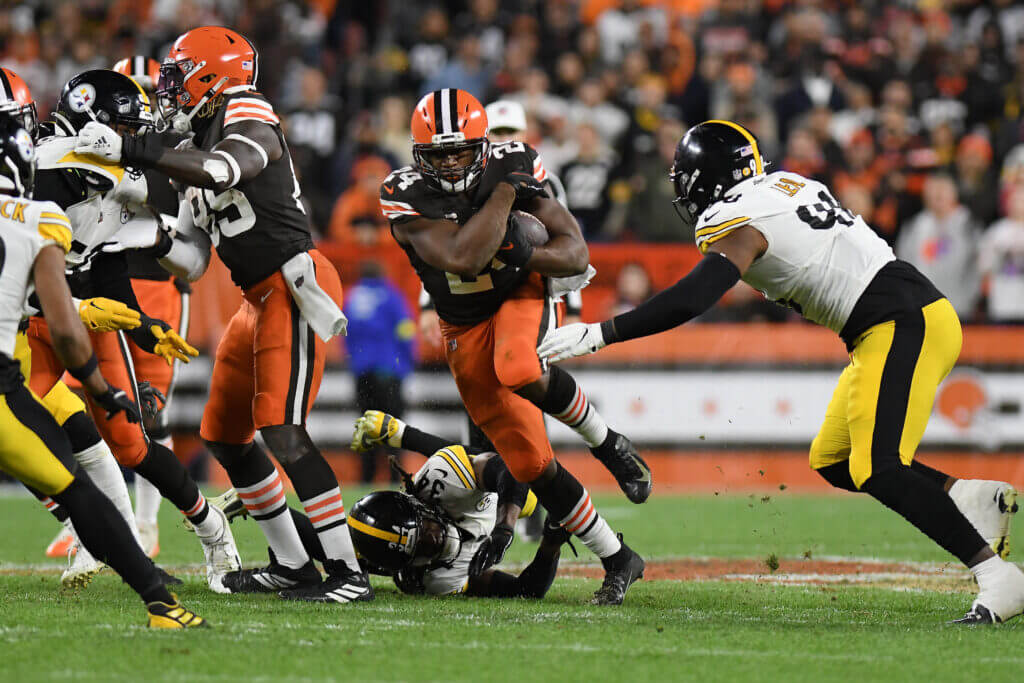 He didn’t play well, either, but that’s not the point here.

Thursday’s 29-17 loss to the Browns at FirstEnergy Stadium was easily the best of his short Steelers career, but, in reality, there’s not much to compare it to, and he wasn’t very impressive against the Bengals and Patriots.

Still, the deep ball returned to a degree, he didn’t commit a turnover, the running game looked the best it has and Trubisky used his legs more out of purpose than necessity.

Trubisky went 20 of 32 for 207 yards and had a passer rating of 81.1. He ran the ball two times for 7 yards, including a 1-yard touchdown run late in the second quarter to give the Steelers a 14-13 halftime lead. Pittsburgh got the ball to start the third quarter and put together a 10-play drive, but it was halted by a Chukwuma Okorafor penalty.

This isn’t about Trubisky.

This is about the $108 million defense that was supposed to provide the young, inexperienced (and cheap) offense time to get its feet under itself, most notably Trubisky.

“That’s our job — to play defense, get some stops, make the field manageable for the offense and try to get them,” linebacker Myles Jack said.