It did not take long for the sunshine optimism of opening day under a new manager to be covered by clouds of realism at Manchester United.

There were blue skies over Old Trafford, which was warm with hope as the players emerged from the tunnel before kick-off. By the 39th minute, boos echoed around the stadium as Pascal Gross put Brighton & Hove Albion 2-0 up.

As the whistle went for half-time and again at full-time, there were further noises of discontent from the stands — anguish at a familiar story playing out.

Erik ten Hag is the fresh face in the dugout but his line-up was evidence that the problems his predecessors encountered remain. United’s recruitment process is undermined by indecision and negotiations are jammed by rigidity. Pursuits are too often reactive rather than proactive.

Manchester City won the title and signed Erling Haaland. Liverpool came second and brought in Darwin Nunez. United finished sixth in their worst campaign in Premier League history and are trying to sign Marko Arnautovic aged 33. It feels like a spoof.

Ten Hag worked with Arnautovic at FC Twente and is influencing this move, which the club regards as a low-cost way of supplementing their attack. An €8million (£6.8m, $8.1m) bid has been lodged. Arnautovic is seen as carrying the kind of self-belief United’s dressing room requires and 14 goals in Serie A for Bologna last season shows he still has his scoring touch.

Yet this is a player who spent two years in China after leaving West Ham United in 2019, a wilderness where not even United’s vast army of scouts travels. Odion Ighalo, the last player United signed with that kind of record, was supposed to be a unique case for an emergency situation. Here United are again, however. 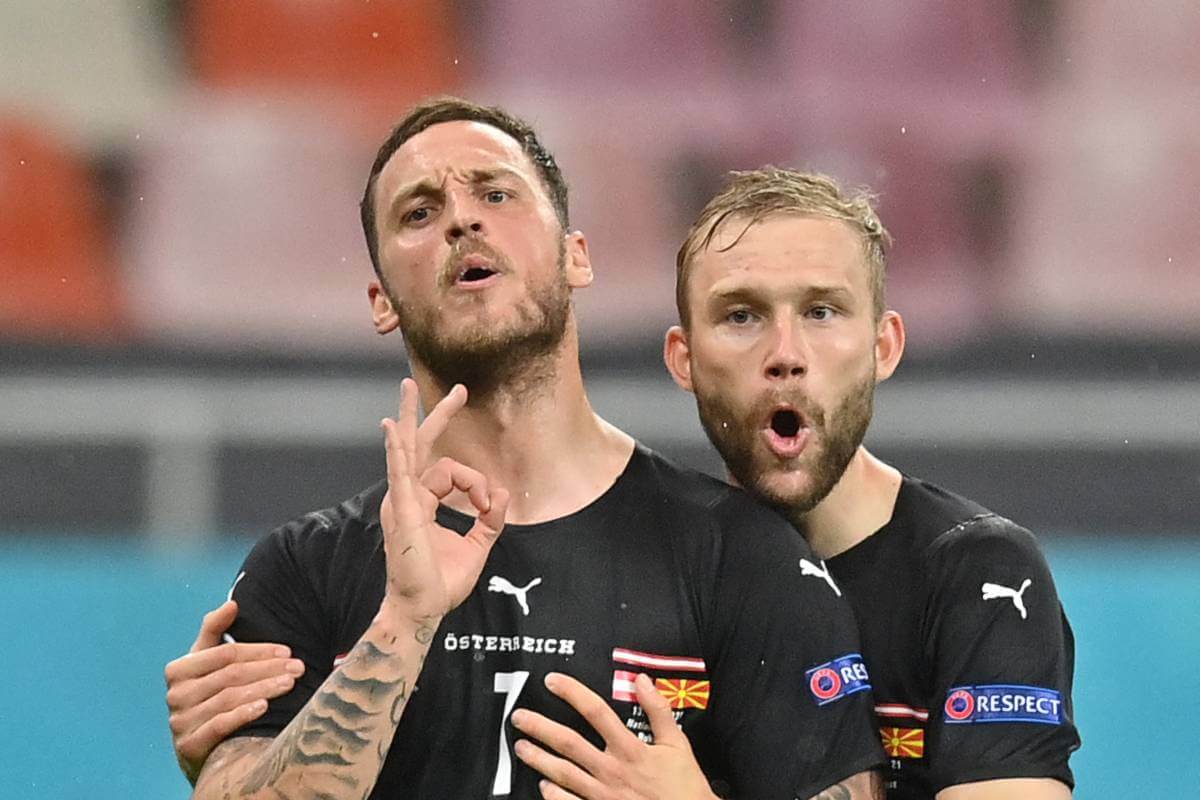 That is before you get to the testimonies from people at Arnautovic’s former clubs, who suggest his famous self-belief comes at the cost of team harmony.

There is something to be said for backing a manager’s judgment, but could it be that Ten Hag, as happened with Ole Gunnar Solskjaer, is pushing for a signing he believes is relatively straightforward because of diminishing faith in the club structure to identify and secure targets?

Ten Hag has chosen Lisandro Martinez, Tyrell Malacia, Christian Eriksen and, of course, Frenkie de Jong. Where are the proposals from the recruitment department? Is there a lack of confidence in the system or the people in place?

These are questions for John Murtough, who led the overhaul under Ed Woodward and appointed Steve Brown as head of recruitment. Chief executive Richard Arnold may ponder the point too.

After the game, Kees Vos, one of Ten Hag’s agents, was in conversation with David Gill, United’s former chief executive. Gill was invited for lunch at Carrington last week with Arnold and Murtough, joined by Sir Alex Ferguson and Bryan Robson.

Murtough watched this game from a seat in front of Avram Glazer, who had made the trip from the United States to watch a game at Old Trafford for just the third time in three years. Glazer’s attendance coincided with a protest march organised by The 1958 group, which was attended by several hundred fans and culminated in the forced closure of the megastore before the game.

Afterwards, the loudest fans were aligned to Brighton. They stayed to salute their team and especially Graham Potter, who has reorganised his side amid the loss of two of his most important players in Yves Bissouma and Marc Cucurella.

It can be revealed United declined an offer to consider Potter in the hunt for Solskjaer’s successor due to his lack of Champions League experience.

United also stepped away from signing Moises Caicedo, who instead moved to Brighton in February 2021 for £4.5million from Ecuador’s Independiente del Valle. The 20-year-old was excellent in midfield at Old Trafford.

That might seem a trite comparison given Anthony Martial was injured and Cristiano Ronaldo came off the bench. But neither situation is satisfactory.

In his last two seasons, Martial has scored five goals from 39 league games, in part due to muscle problems, and Ronaldo wants to leave for a Champions League club, a stance that loomed as United’s season imploded.

Had United executives anticipated the impending issue around Ronaldo in April they could have progressed talks to sign Nunez from Benfica or another striker. Only now are they negotiating for Benjamin Sesko at Red Bull Salzburg, at a time when selling clubs will use United’s loss to Brighton as leverage on price.

United have lost eight players from their squad last season and so far brought in three replacements. 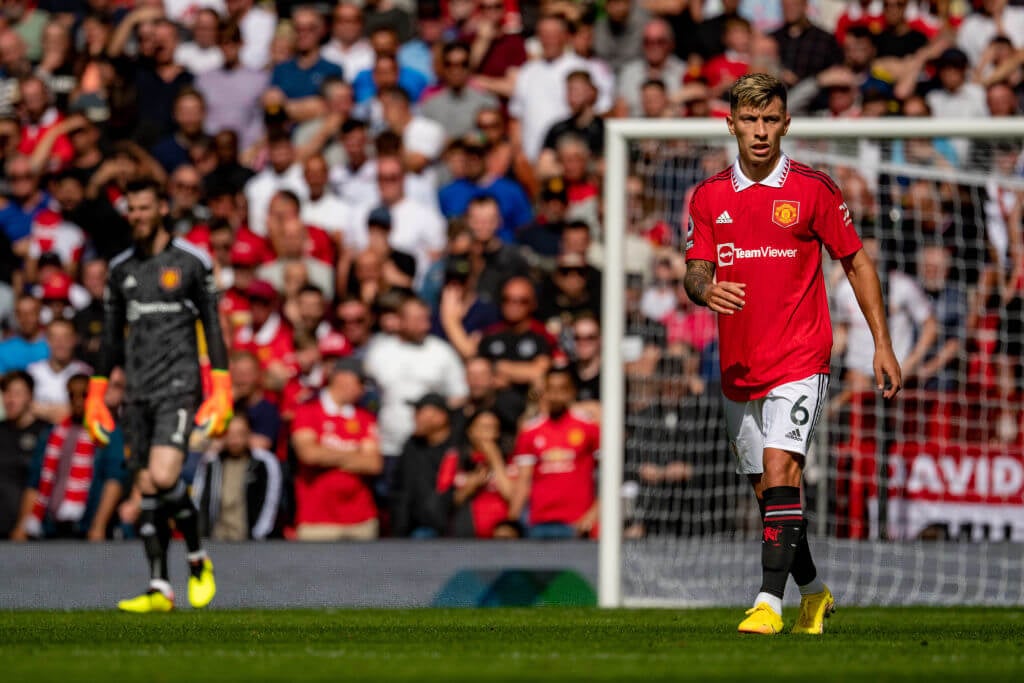 Martinez struggled in the first half (Photo: Ash Donelon/Manchester United via Getty Images)

Meanwhile, Ronaldo’s importance to the team is raised at a moment when his commitment is not absolute. Ten Hag said Ronaldo’s 10 days of training with the team were not sufficient to gain a start. Circumstances may dictate he does in the coming fixture against Brentford, with Martial remaining a doubt.

Ronaldo’s supreme confidence disrupted the dressing room last season and former members of the coaching staff believe that, deep down, some players believe they are not up to the standard required for a club of United’s aspirations, breeding insecurity.

After the game, Ten Hag’s comments were along similar lines. “It was a good start but then we dropped down a level, dropped down in belief,” he said. “We made mistakes and the opponent punished us. That cannot happen, always believe in yourself, stick as a team together, be convinced always on the pitch, that’s what we’re here for.”

Martinez had a difficult first half, finishing it with a yellow card for hauling down Solly March after giving the ball away. He responded after the break and showed his talent in possession.

Eriksen had the same game trajectory — he looked much better after the break when playing deep and punching balls into the front line.

Malacia, Ten Hag’s other signing, was introduced late and had to experience Tariq Lamptey skipping past him before he conceded a foul.

Potter and Ten Hag stressed how the smoothness with which Brighton play is the result of three years’ work — in coaching and recruitment. They have been smart and bold.

Ten Hag has the conviction of his abilities, if he gets the signings to match.