Home NEWS Miami dealing with QB quandary, embarrassing loss to a big underdog: Nothing has changed

Miami dealing with QB quandary, embarrassing loss to a big underdog: Nothing has changed 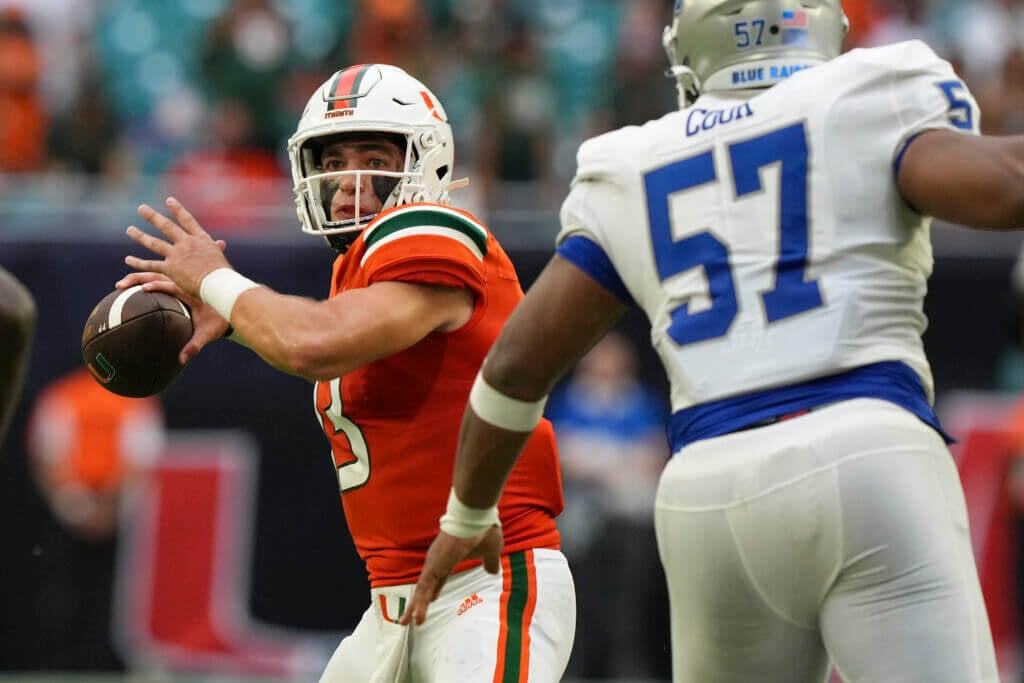 Not after all the money the University of Miami poured into bringing Mario Cristobal home, and surrounding him with the most expensive coaching staff in the ACC.

But here we are again.

Four games into the Cristobal era, the honeymoon is over. The Hurricanes lost to a 25 1/2-point underdog at home. They didn’t just get booed profusely and lose to a Group of 5 team in front of a half-empty stadium. They got trounced by Middle Tennessee 45-31 and benched starting quarterback Tyler Van Dyke in the process.

“We didn’t do a good enough job,” he continued. “There’s no excuse. We’re going to look in the mirror and do something about it. We won’t allow any cracks to happen from the inside. We all came here for a purpose and a reason. We’ve got a lot of work to do.

“These things are brutally difficult but they’re non-excusable. So, as a coach, if you’re worth an ounce of integrity, you certainly don’t put it on your players. We’ve got a long way to go. I knew we had a long way to go on arrival, but the progress we have made in some respects, it feels a little bit like we have regressed and we’ve got to do a better job.