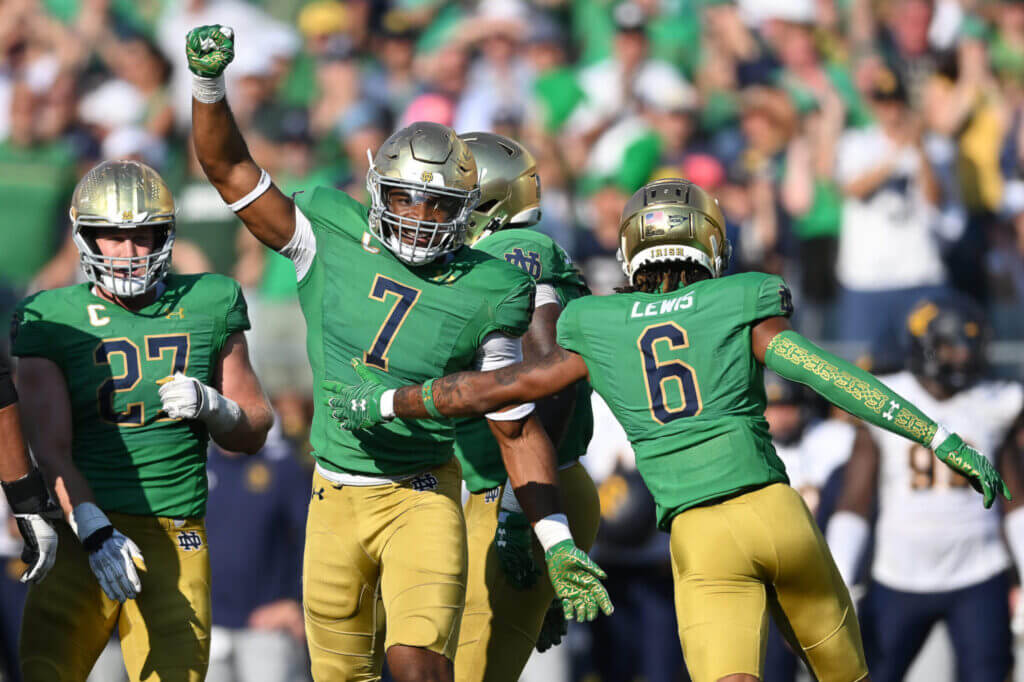 SOUTH BEND, Ind. — Marcus Freeman and Mack Brown have faced each other before. It’s just that Freeman was a first-year starting linebacker at Ohio State and Brown was the reigning national champion head coach of Texas when it happened 17 years ago. There will be an experience gap when the oldest coach in major college football faces one of the youngest, the 71-year-old Brown and the 36-year-old Freeman separated by a generation and sharing a field Saturday (ABC, 3:30 p.m.) in Chapel Hill, N.C.

Brown could reach 100 career wins this season. Freeman is still hunting for his second.

“I don’t know if I can make up for that lack of experience,” Freeman said. “Coach Brown has been through I’m sure a lot of different scenarios and situations that I haven’t been through or are just starting to go through. I really just got to focus on our team and the preparation in terms of trying to give our team a chance to have success.

“But listen, we both have the same amount of experience with our current roster and this current year. That’s the reality of it.”

Freeman’s inexperience has showed this season, from both an in-game and big-picture perspective. He has second-guessed himself on end-of-half play calls and admitted some of his suggestions to offensive coordinator Tommy Rees may have been better left unsaid. After losing to Ohio State, Freeman preached finishing. A week later, he chastised himself for thinking too far ahead, pivoting his focus to every play, not just the fourth-quarter ones. Then coming out of the win over Cal, Freeman seemed to change tone again, imploring his roster to stop playing so tight and cut loose.