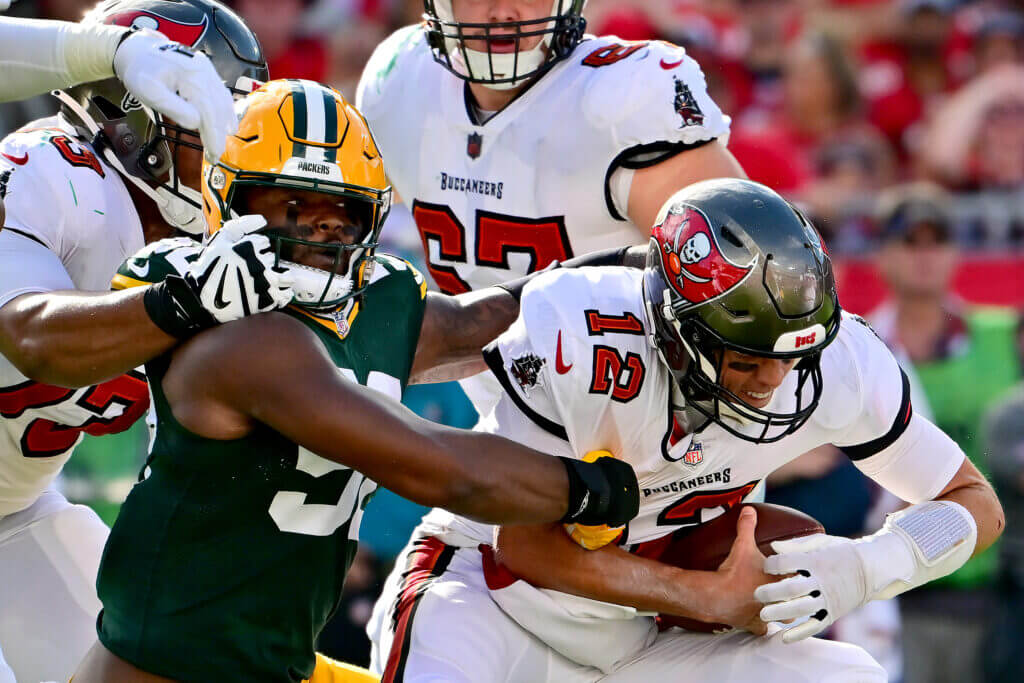 TAMPA, Fla. — The doors to the Packers’ locker room opened in the bowels of Raymond James Stadium, revealing what sounded like a nightclub inside.

A heavy beat dropped, then continued thumping, accompanied by cheers.

You think the Packers cared if their 14-12 win over the Buccaneers on Sunday was ugly? That the offense was largely unsuccessful after the first three drives? That the Bucs marched down the field with little resistance to bring the game within two points of overtime after Green Bay led for the prior 47 minutes and 49 seconds?

A win is a win, however cliché, but this wasn’t just any win.

In Week 6 of the 2020 season, the undefeated Packers led the Buccaneers, 10-0, after one quarter and lost, 38-10. Their offense disappeared and their defense followed suit. In Week 3 of the 2022 season, the Packers led, 14-3, at halftime before the offense vanished. This time, however, Green Bay’s defense and special teams picked up the slack in a 14-12 win against a team that likely will contend with the Packers (2-1), and others, for the NFC title.

“I think it was a gritty team win,” head coach Matt LaFleur said.

How many times in the last 15 seasons since