Please don’t do anything silly with Forest’s supervisor, Mr. Marinakis

It was a year ago this week that all hope looked lost.

Nottingham Forest had just lost 2-0 to Middlesbrough in a game which might as well have been soundtracked by circus music, such was the tragicomic slapstick on display.

That made it six defeats from seven, leaving Forest with a single point at the bottom of the Championship table. Chris Hughton, appointed a year earlier as a theoretical safe pair of hands, stared at the floor on the touchline. He knew the jig was up, everyone knew the jig was up. He was sacked the next morning.

A few days later Steve Cooper arrived, and everything changed.

We don’t need to go over what happened next too much, because we all know what happened next. It’s not too dramatic to call it a footballing miracle, an implausible ride that ended in the playoff final, the ball flying into the Wembley net via Levi Colwill’s knee and promotion for the first time in 23 years.

Such was the magnitude of the achievement, the whiplash-inducing violence of the turnaround and the generation spent away from the top flight, you could make a reasonable case that Cooper is the second-most important manager in Forest’s history, with apologies to Billy Walker and Johnny Carey and Frank Clark.

Feels a long time ago now, doesn’t it?

The realities of the Premier League have hit Forest like a cold bucket of sick to the face, the latest dousing being the 3-2 defeat to Fulham, a game laced with deja vu. Just like in the previous match, against Bournemouth, Forest took the lead in the first half and looked pretty good, but just like in the previous match they collapsed in operatic fashion after the break.

The main variation this time was the speed of the collapse. Against Bournemouth it was strung out over the whole of the second-half, like an old clifftop house slowly slipping into the sea. Against Fulham it all happened very quickly, all three goals coming inside six minutes, more akin to the legs of that house suddenly snapping as it rapidly tumbles onto the rocks below.

It’s not great. It’s unlikely to go down well in the Forest boardroom. Evangelos Marinakis is an ambitious man, one who said in those post-playoff moments of celebration that he aspired to more than mere survival in the Premier League, one who has spent more this summer than Forest had in their previous 157 years of existence. He’s a man who might take four defeats on the spin, two in humiliating fashion to fellow newly-promoted teams, personally. He’s a man who has, to say the least, not been afraid to make ruthless and unsentimental decisions about the men who manage his football teams.

In January 2015, Michel was sacked seven months after leading Olympiakos to their second successive Greek Super League title under him.

In March 2016 Paulo Bento was given his cards with the Greek giants seven points clear at the top of the league.

And in August this year he dismissed Pedro Martins, who had led them to three consecutive league titles, but a few days earlier had presided over a rather embarrassing 4-0 defeat to Maccabi Haifa in the Champions League qualifiers. Thanks for your hard work Pedro, but what have you done for us lately? 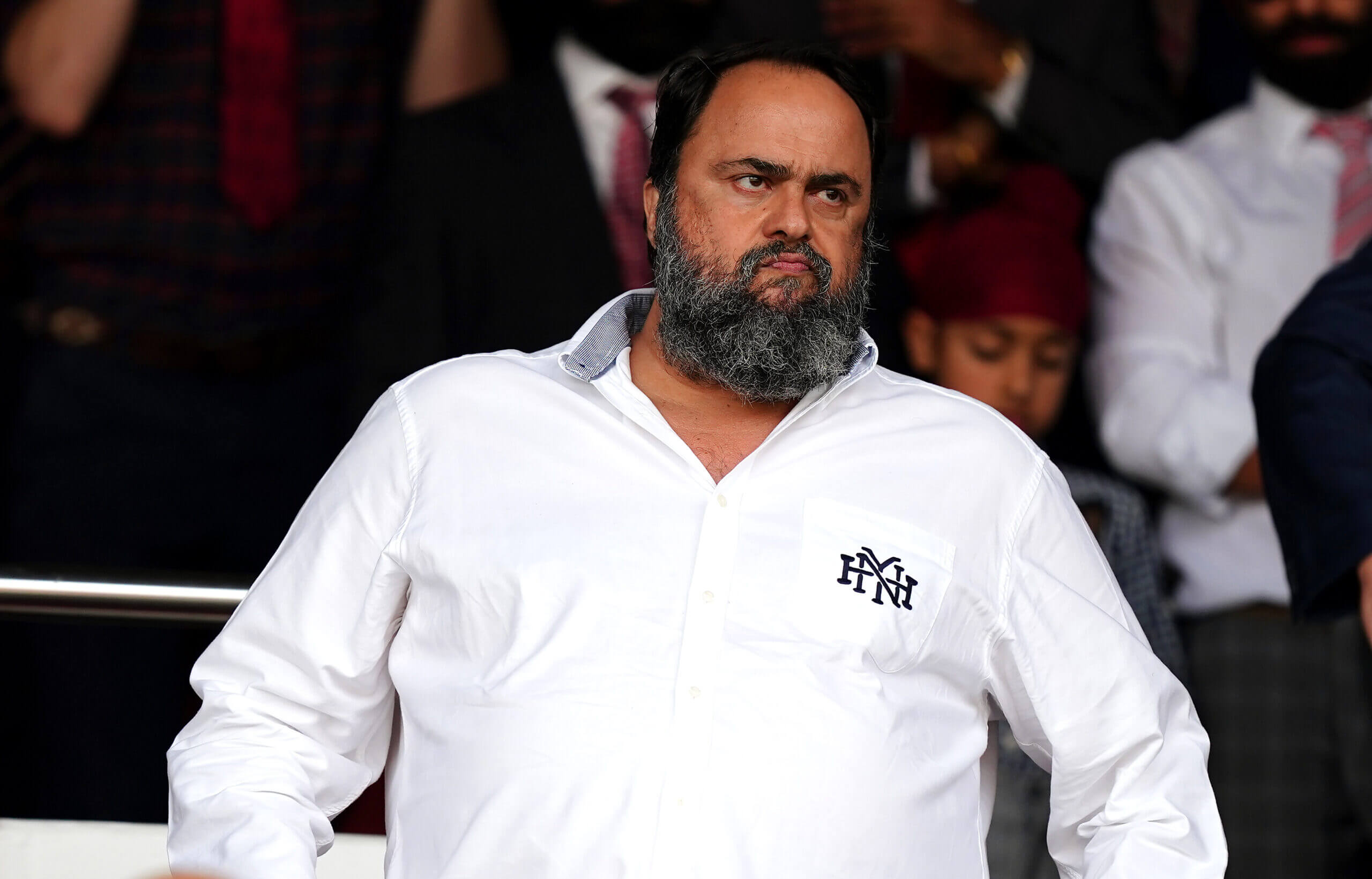 Marinakis will have been less than impressed with Forest’s start to the season (Photo: Mike Egerton/PA Images via Getty Images)

These are extraordinary circumstances. Promotion came with a cobbled together collection of players, over half of whom had dispersed while everyone’s clothes still stank of champagne. Fulham had already been promoted and planning for the Premier League for six weeks by the time that day at Wembley was over.

Not one but two teams worth of players have been recruited over the summer. Everyone is still essentially learning each other’s names. These are not conditions conducive to an orderly accession, a seamless transition from the second tier to the top.

“Some of our game is positive and looks like we’re progressing, but there are other parts when we do look like a new team,” Cooper said after the game. “When you need to regroup and when you need to stay together, that comes with an experienced team of being together, with connections on the pitch.

“That comes when you have real trust with each other, and trust comes with time.

“It’s the sort of stuff you usually address in pre-season, but we’re addressing it right in the middle of the Premier League.”

It brought to mind the old line by Brendan Rodgers, who once said that managing a football team is a bit like trying to build an airplane at the same time as you’re flying it. Ol’ Brendan has a big stack of easily mockable quotes to his name, but that was a good one.

Forest have hurtled into this season with their heads still spinning. Cooper has been given the task of turning a set of strangers into a collective that can compete in the Premier League. If getting promotion from the position he found Forest in last season was a miracle, then making sense of this situation is pretty close to another one.

Defeats like these last two, home games against the two teams that Forest will have targeted as must wins but ended in familiar failure, are obviously going to cause concern. But Cooper should be given until the World Cup break at the very least to turn this jumble of a squad into something that make sense.

At the time of writing there is no direct indication that Forest are seriously considering making a change. But with the owner’s form, combined with Cooper’s agreed-but-still-unsigned contract… it’s natural to worry.