The Angels anointed a new No. 1 prospect when they acquired Logan O’Hoppe from the Phillies in exchange for Brandon Marsh — the organization’s former top prospect — earlier this month.

The Angels had a need for catching in their system. And they parted ways with a player that just months ago was viewed as the center fielder of the future to get it.

O’Hoppe, a 22-year-old from Long Island, reported to Double A, where he has three home runs in his first four games with Rocket City. The catcher recently chatted with The Athletic about switching organizations, his background, and what he could mean to the Angels someday.

Let’s start off with your background a little bit. You were a 23rd-round pick and opted to not go to college. What went into that decision to start pro ball when you weren’t considered a top prospect?

So on Day 3, draft day, I was actually set on college. I was committed to East Carolina University. And I was set on it. That was my dream school, and my dad had gone there. He didn’t play there, but I had been around enough to fall in love with it.

But when my name was called, a flip switched in my head and I realized I wanted to play baseball, and that was a lifelong dream. As opposed to just a dream for a couple of years. That was kind of it. There wasn’t a whole lot to it. I made that decision and I’m really happy I did.

How ready were you when you first entered pro baseball?

I’m not going to lie. I did not think I was ready. I was very scared. I got down there and the game was quick, and there were guys that were more developed physically and obviously mentally as well, than I was. I would say, in 2019, I went to short-season. That’s the year after I was drafted. Pat Borders was my manager there, and I learned a lot from him. And that’s where I first became comfortable playing the game at that level.

And then right after that season I went to Australia, and I was on my own there. Had people out there that helped me. I met Chris Adamson, who was my manager at High A. And he’s a guy I lean on a lot. I would say that year helped me the most.

At what point in your baseball career did you sense you’d start moving up prospect boards and be looked at as a future major leaguer?

I’m not going to lie, I still don’t believe it. I’m very much that 18-year-old kid that was scared to go down and play pro ball, in my head. I mean that wholeheartedly. So I haven’t paid much mind to it to be honest with you. It’s something, not that I’ve tried to ignore, but tried to put my focus on the game and things I could control.

Your name came up a lot before the trade deadline. What was that like leading up to it, and had you considered this might happen?

Mhm. Yeah, it was a little stressful, I’m not going to lie. I tried my hardest to stay off my phone and try not to ask questions I didn’t want the answers to. But I mean, the human element comes in and sometimes you slip up. But I did try my best to stay off my phone, but it was stressful. And I’m happy the Band-Aid was kind of ripped off, and I’m really happy to be here.

What was your first reaction to being traded and finding out it was to the Angels?

I can’t really describe my first feeling to be honest with you. My head was spinning the whole time. It was a mix of two feelings. I was excited to go to another team. But then again, I knew I was going to leave some of the really good relationships I had built over there with Philly.

But yeah, that’s kind of the mix of emotions I was feeling. But like I said, I was definitely more excited to get over there than I was upset that I was leaving.

You’re considered the Angels’ No. 1 prospect. How do you look at holding that mantle?

It’s something I can’t believe. Again, I’m very much that 18-year-old, 23rd-rounder in my head. So yeah, honestly any time it gets brought up or I’m reminded of it, I’m like, ‘Woah, someone hit the brakes. What are we doing here?’ But no, it’s a huge honor. And it’s super humbling. Just hopefully I can put up the numbers and fill the expectations.

Is there any pressure that comes along with that, especially considering you were traded for another talented player in Brandon Marsh?

It’s not, because I’m a big believer that no one’s going to have higher standards for me than myself. So no, there’s no added pressure from other people. It’s just wanting to do well because that’s what I would want to do anywhere I go and no matter where I am. Whether I’m on a list or not. That’s the pressure I put on myself. It doesn’t come from anybody else.

It’s just me because I want to do well. Like I said before, similar to the trade talks, I try to stay off my phone and keep all the distractions away so I can just focus on what I can control. 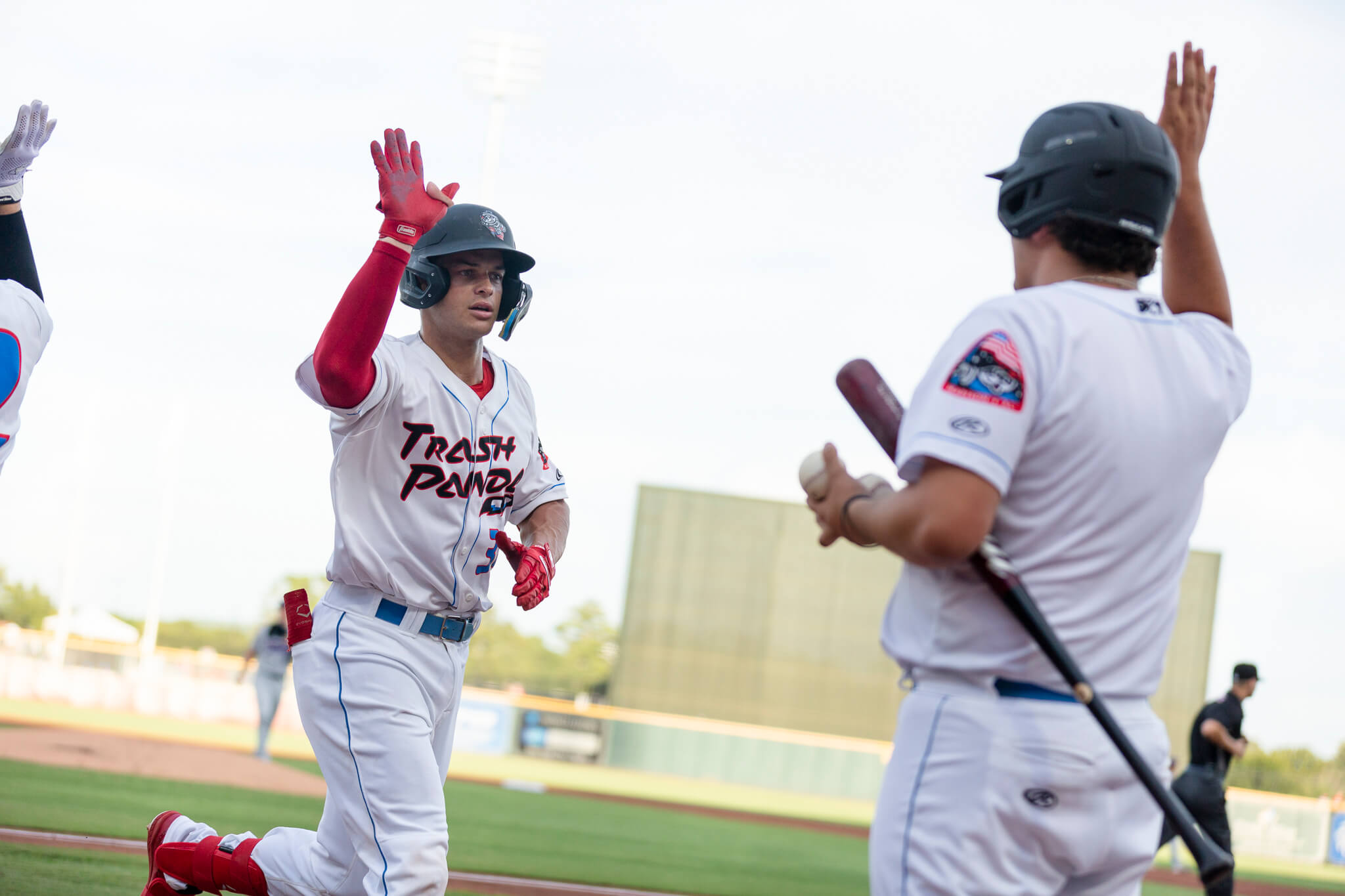 Did you have a conversation with Perry Minasian or other people with the Angels once you were traded?

I did. He called me. I was actually really impressed. It seemed like the entire front office gave me a call. It was minutes after I got the news. It was super welcoming and everyone was super excited, as was I. Those relationships I’m looking forward to building.

Down in Double A, that’s where the Angels have put many of their pitching prospects. What’s your impression of the pitching staff and team in general?

I’ve been blown away with the staff and the team itself. As far as the pitching staff, I’m blown away with how convicted they are in every pitch and how good they are at executing that pitch as well. It makes it fun behind the plate. You have so many different options. It’s fun when you know that the guy on the mound can dominate whoever’s in the box. It’s a feeling that I can’t get enough of. And I’m really happy to be working with these guys.

As far as the team, everybody’s been more than great. I walked in and they took me right in and made me feel super welcome. And they know how to win, which is another really, really important thing in my mind. We won our first game when I was here the other night. And everyone was in the clubhouse, and no one was dancing and throwing stuff around, it was just business as usual. That’s when I kind of looked back and I was like, this is something I really want to be a part of.

What got you to become a good player? Better power, defense?

I would say, back to 2019, I was able to have a little bit of success and formulate my own approach to the game and really just building off that, I felt like I got something that worked and tried to continue and learn with that. I would give credit to that year and those places I went because that really helped me going forward.

I know you don’t necessarily see yourself yet as that big-league guy yet. But the Angels definitely needed catching. Does having this path, especially because the Phillies had J.T. Realmuto, excite you about being here?

It’s similar to the prospect list and the rankings and all that. I feel like it’s something I can’t pay much mind to because all that stuff is out of my control. So just trying to control each day and go about it that way.

On a personal note, your dad recently overcame cancer and got through his treatment. What was it like dealing with that during your career, and how is he doing now?

He’s great now. He’s all cured. He’s got more energy than before he got sick, which is kind of crazy. But that was something that was hard to go through. But that year in High A in 2021, I had my manager, Chris Adams, and my roommate, who was my roommate in Reading — his name is Vito Friscia — those guys got me through it.

Those guys were rocks that I leaned on. And those are guys I’ll be close with forever. The guys around me who supported me helped me get through that. And obviously my family too. But yeah, dad’s doing well and he kicked its butt.