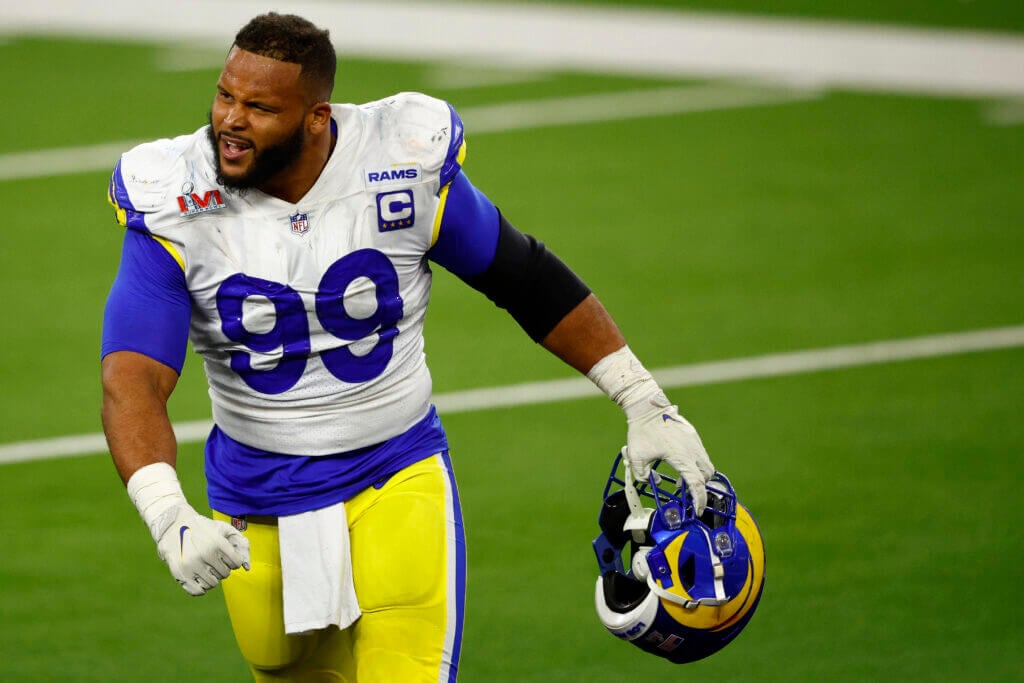 Rams defensive tackle Aaron Donald further cemented his name in NFL history on Sunday, recording the 100th sack of his career and becoming the fastest player at his position to do so.

The three-time NFL Defensive Player of the Year tagged the heels of Cardinals quarterback Kyler Murray in the first quarter of Sunday’s game to bring Murray to the ground and achieve the milestone. Donald joins Minnesota Vikings All-Pro John Randle as the only two defensive tackles with 100 or more career sacks since the category became an official statistic in 1982. Randle’s record sits at 137.5 sacks in 219 games.

“Anytime you accomplish something, it’s a great honor, but obviously, I’m just out there playing,” Donald said before Week 2. “Not thinking about it, just playing a game, trying to do what I can to help my team win.