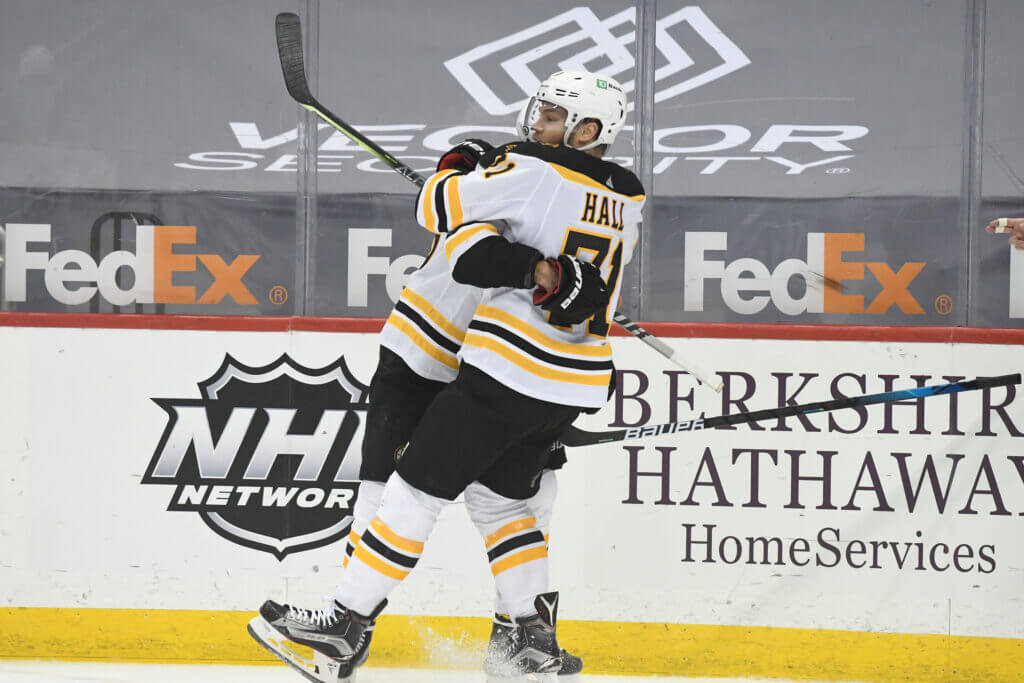 There was a time when the Bruins considered David Krejci their No. 1 center, even if most metrics declared Patrice Bergeron the owner of that title.

What’s old may be new again. A decade after dishing pucks to Milan Lucic and Nathan Horton, Krejci will be asked to carry the offensive day once more.

Brad Marchand, the team’s do-it-all left wing, will not be around at the start of 2022-23. This cannot help but have an offensive effect on Bergeron, the salt to Marchand’s pepper.

“It’s second nature at this point,” Bergeron said of his all-situations partnership with Marchand. “You just read and react from one another. We know where each other’s going to be on the ice pretty much all the time. It does make things easier.”

Bergeron, most likely between Pavel Zacha and Jake DeBrusk, will still be required to do his thing. Coach Jim Montgomery will not hesitate to run the five-time Selke Trophy winner in defensive situations. At the same time, Montgomery will not reverse the process, started by predecessor Bruce Cassidy, of Bergeron’s transition from matchup ace to offensive firestarter.

This will mean, however, that Krejci and his linemates — Taylor Hall and David Pastrnak will be first up — will have to initiate instant offense. His wingmen cannot wait.

“I felt Krech and I had a lot of chemistry,” Hall said of their 2020-21 collaboration. “Great hockey player. So smart. Really good defensively. Underrated in that aspect of the game. He’s a guy that’s going to help our team, help our locker room. Really excited to see him and get back on the ice with him. He’s one of those guys that I felt was very easy to play with. Hopefully he can hit the ground running with our group. Personally, if I’m playing with him through parts of the season, to get that chemistry back I don’t think is going to be too difficult.”

Perhaps it was easy for Hall to receive off-the-rush forehand passes from Krejci. Maybe the center’s defensive proficiency allowed the ex-Sabre to get on the attack.

Whatever the reason, the two had a smashing time. During the 193:13 of five-on-five time they shared upon Hall’s arrival from Buffalo, the Bruins outscored opponents by a 14-1 margin (93.3 percent goals-for share). Consider that Marchand and Bergeron, albeit in a larger sample size (592:48), recorded a 44-22 scoring advantage (66.67 percent).

It remains to be seen how Krejci, 36, merges back onto the NHL interstate after spending last year on Czechia’s local roads. Hall, though, should be primed for results.

The 30-year-old has 97 games of Black-and-Gold experience. He is healthy. The introspective Hall knows that with Marchand unavailable, he is expected to pick up the offensive slack. This will mean regular five-on-five action and maybe shifts on the No. 1 power-play unit.

Last season, Krejci’s departure was not good for Hall. The left wing scored just one five-on-five goal through the first 26 games. Riding with Pastrnak, starting on Jan. 1, helped bring Hall to life.

So in theory, combining forces with Krejci and Pastrnak could take Hall to the moon.

“I don’t want to be too pass-happy with those guys,” Hall said. “All three of us can’t be too fancy if that’s the line where we’re playing together. Lot of speed. Lot of skill. Obviously a great shooter in Pasta and a guy in the middle that can play with anyone. That’s really exciting.”

Pastrnak is also ready for takeoff. He has his own history with Hall and Krejci, even if some of that took place at the 2022 World Championship.

David Pastrnak’s priority was a normal summer. Not an extension. https://t.co/TzKLxUT5OC

The truth of the right wing’s style, though, is that he can score with anyone. Pastrnak is an explosive one-on-one attacker. He is not afraid to pursue in-tight pucks. He is a multi-dimensional threat.

“It’s always just a matter of if I stay healthy,” said Pastrnak. “I know what I can do in this league when I’m 100 percent healthy. That’s just my biggest focus. Injuries are part of the game. I had a great summer, healthy. Hopefully that will stick the whole season.”

Keeping pucks out of the net, though, will not be the first order of business for the Hall-Krejci-Pastrnak trio. Their primary task will be to score.