Home NEWS Rexrode: Do Tennessee fans finally have a team worthy of their unconditional affection?

Rexrode: Do Tennessee fans finally have a team worthy of their unconditional affection? 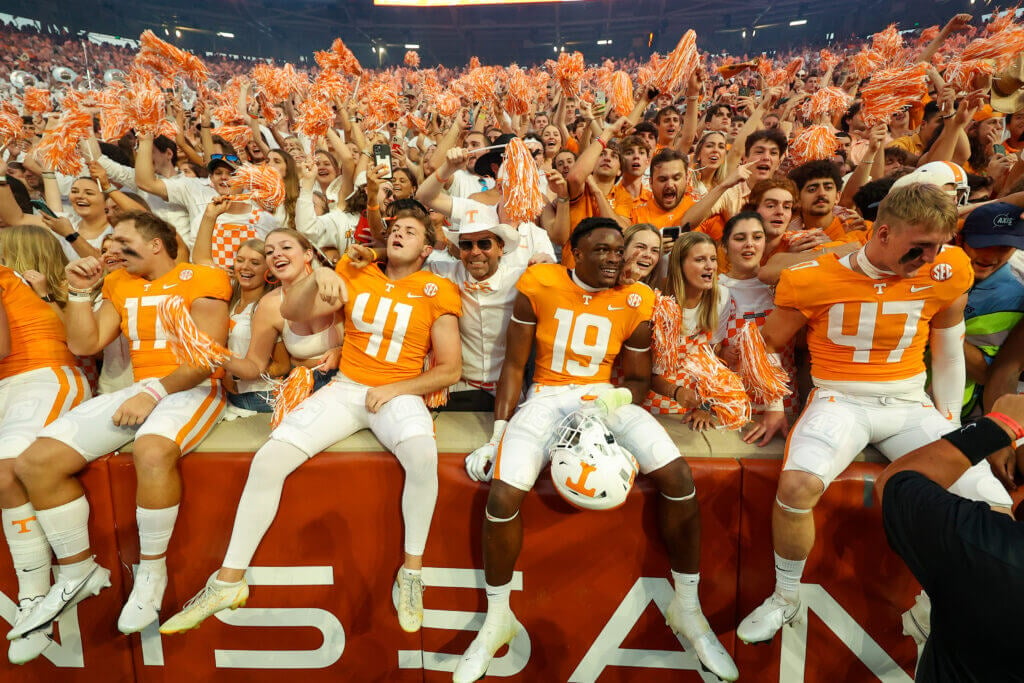 KNOXVILLE — Tennessee football must lead the nation, and I suspect would rank among the all-time greats in the history of the sport, in the category of invoking the fans.

Who else talks about their fans this much? What fans have been more effective than Vols supporters over the past few years at becoming part of the story? They burned furniture when Lane Kiffin bolted on them. They unhired Greg Schiano. Even in the cesspool called Twitter, they can bring palms to mouths. They can make things incredibly advantageous for a coach they believe in and incredibly difficult for a coach they turn on, and sometimes they get out of hand and get scolded for it. That they always come back and can create things like the scene Saturday at Neyland Stadium — one of both tremendous order (every seat filled, checkerboard effect well-executed) and chaos (some temporary ear damage for sure) — speaks to their ample power.

Now say this for them, after No. 11 Tennessee’s 38-33 win over No. 20 Florida to end a six-year drought in this rivalry and improve to 4-0 on the season: They are getting their money’s worth.

Granted, that doesn’t take into account owed backpay for so many years of suffering. And the Vols fans who made up all but a tiny fraction of Saturday’s crowd of 101,915 certainly did not want to be imploring their team to make one last play as the final seconds ticked away — Kamal Hadden intercepting an