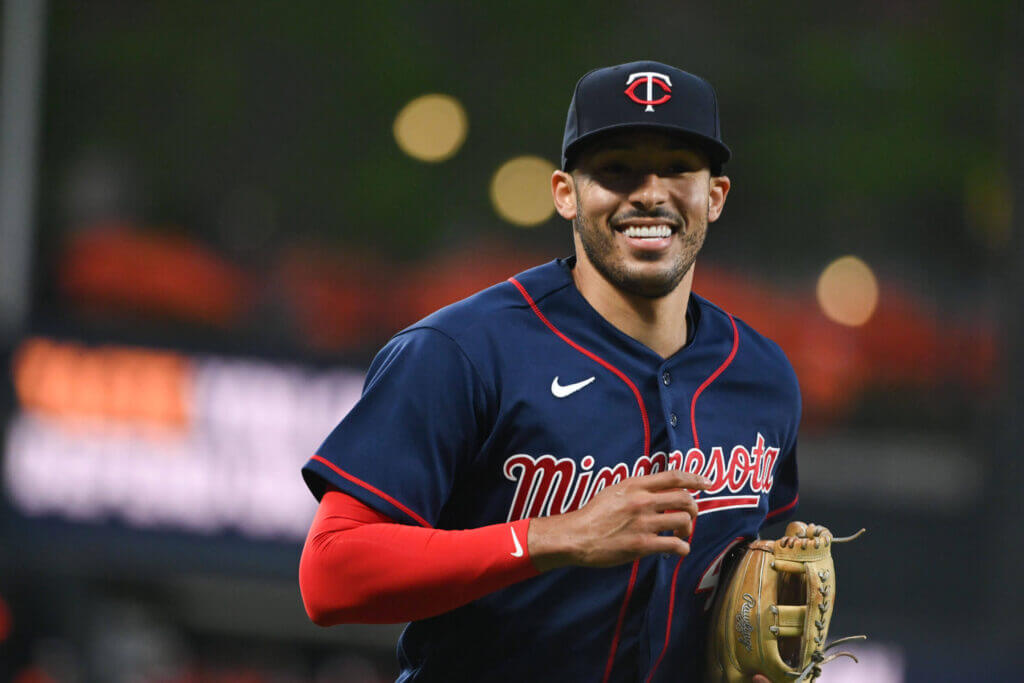 His season complete as he sat out Wednesday’s regular-season finale, the superstar shortstop made it all but certain he’d opt out of his deal with the Twins and become a free agent once again.

Throughout the season, Correa has made his feelings for the Twins abundantly clear — he wants to return. Correa has said that he’s looking for a long-term relationship with the Twins instead of a one-night stand and how he’d love for them to take a trip to the Dior store and pay for the product.

Whether he’ll have that opportunity is to be determined.

While he didn’t directly say he plans to decline his $35.1 million player option for next season, Correa said he wouldn’t “bulls—” or lie when asked about his thought process. Correa’s decision to accept or decline the first of two player options included in his three-year deal with the Twins is due five days after the conclusion of the World Series.

“The decision, it’s very simple,” Correa said. “I’m going to have some conversations with the front office here and see where their headspace is at and where they’re at in terms of, I talked about marriage in terms of building a long-term relationship and then we go from there. But we all know, you know the game enough to know what my decision is going to be like. And I love this team. I love this organization. My wife loves it here, loves it in Minnesota. Loves all the wives. She is very happy there. My wife’s happiness is my happiness. If everything is good at home, then it reflects on the field.