Twins’ postseason chances all but doomed by Guardians’ doubleheader sweep 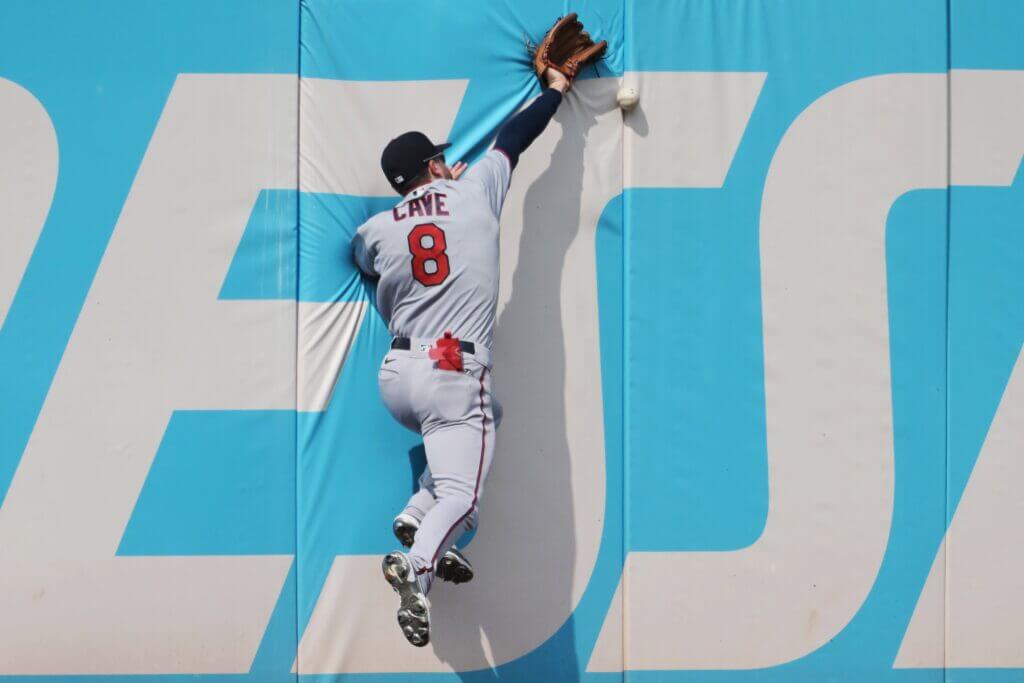 CLEVELAND — Tied for first place less than two weeks ago, the Twins are seven games back with 17 to play.

How they’ve reached this point and who they’ve done it with is almost indescribable, particularly Saturday’s marathon split doubleheader.

But what is apparent is that the 2022 Twins are finished.

While they haven’t been mathematically eliminated and won’t be for some time, getting swept by the Cleveland Guardians on Saturday has effectively killed the Twins’ chances of winning the American League Central. Playing with a cast of reinforcements’ reinforcements, the Twins were silenced in the afternoon opener before putting up a valiant rally in the nightcap only to lose by a run in 15 innings.

Cleveland won the first game 5-1 behind a dominant performance by Shane Bieber and then outlasted the Twins 7-6 in a 5-hour, 24-minute affair. The Twins have now lost eight straight to the Guardians, including all six of the teams’ September meetings.

“It’s hard to swallow being at this point in the season and being this far out,” Twins manager Rocco Baldelli said. “Of course it’s a challenge to look up and see.”

Injuries have undoubtedly killed the Twins. The list of prominent Twins sidelined for the stretch run is unfathomably long and only grows by the day, Max Kepler (sore wrist) being the latest casualty Saturday.

But many of the same issues that have crushed the Twins throughout the season surfaced Saturday night. A night after the bullpen blew a late three-run lead, the latest gut punch the team has received, the offense struggled with runners in scoring position.

After the Twins rallied from five runs down to tie the score at 5 in the eighth inning, their clutch gene disappeared. Despite starting with an automatic runner on second base in every inning, the Twins only managed to push across one run in extra innings on Nick Gordon’s 13th-inning sacrifice fly.

Overall, Twins hitters were 3-for-21 with runners in scoring position, including 2-for-19 in extra innings.

“It’s obviously a little tougher now,” said Twins shortstop Carlos Correa, who flew out to the wall twice early but went 0-for-3 in extra innings.

The team’s lack of production with runners in scoring position left an increasingly vulnerable bullpen open to another round of punishment.

After the Twins cycled through their “fresh” key relievers, a group of five that yielded only one run over 7 1/3 innings despite several close calls, all they had left in the bullpen was veteran journeyman Dereck Rodríguez, who’d been promoted Saturday when reliever Trevor Megill was placed on the COVID list.

Rodiríguez surrendered a game-tying single in the 13th but pitched out of trouble in the 12th and 14th innings. He also was on the verge of escaping the game-ending jam in the 15th inning when rookie shortstop Jermaine Palacios made an error on Amed Rosario’s grounder that allowed the winning run to score.

“What a hard game to lose,” Baldelli said. “But not a hard game to be a part of, because when you walk out of that, you admire the will of your players, the desire, the refusal to stop playing the game with everything that they have.”

WHERE ARE ALL THE PEOPLE WHO TUNED OUT EARLY?!? Gordon ties it with a 2-run shot!! | #MNTwins pic.twitter.com/rLfpyFCjcg

The Twins have been forced to use almost everything they have during a dismal 5-11 September. Kepler’s sore wrist, hip and shin landed him on the IL with a long cast of key players

Those absences have led to some interesting lineup configurations during the Twins’ most important series of the season.

Over the first three games of a five-game series, Gordon and Gary Sánchez have batted cleanup. The Twins also started outfields consisting of rookie Mark Contreras, Gilberto Celestino and veterans Billy Hamilton and Jake Cave. Promoted to replace Kepler, rookie slugger Matt Wallner started in both games of a must-win doubleheader and blasted a solo homer in the first game for the team’s only run.

This is not how the Twins drew it up when they constructed their roster in March, but it has become their reality as they’ve fallen off the pace. Tied with Cleveland on Sept. 4, the Twins have struggled, including six straight losses to the Guardians over the past two weekends.

After falling behind in all three games at Target Field last weekend, the Twins rallied to bring the tying and winning runs to the plate only to come up short.

The Twins still were within shouting distance when this series opened Friday and they held a 3-0 lead after six innings only to give it away. Predictably, Bieber mostly dominated a faceless, punchless lineup Saturday afternoon to increase Cleveland’s lead to six games.

Rookie pitcher Louie Varland wasn’t as sharp as his first start and fell behind 4-0 on Owen Miller’s two-run single in the fourth inning. By the time Wallner homered in the eighth, the Twins had little chance of rallying.

The Twins found themselves in the same position Saturday night, down by five runs and being dominated by a Cleveland pitcher. Rookie Konnor Pilkington had a no-hitter into the sixth inning and was cruising with the support of Rosario, who had a monster day at the plate.

All but done, the Twins somehow rallied in the eighth inning as Urshela singled in two, Sánchez hit a sac fly and Gordon blasted a tying two-run homer off James Karinchak.

But once again, the Twins couldn’t capitalize.

Suddenly, a team that hoped to win the division and snap its 18-game postseason losing streak looks as if it’s headed home when the regular season ends.

“Two weeks ago, we were a lot healthier than we are now,” Correa said. “It’s just part of the game. Their lineup is healthy, their pitchers are healthy and they’re just going out and playing good baseball.”