USC exorcises ghosts of Corvallis: Takeaways from a thrilling win over Oregon State 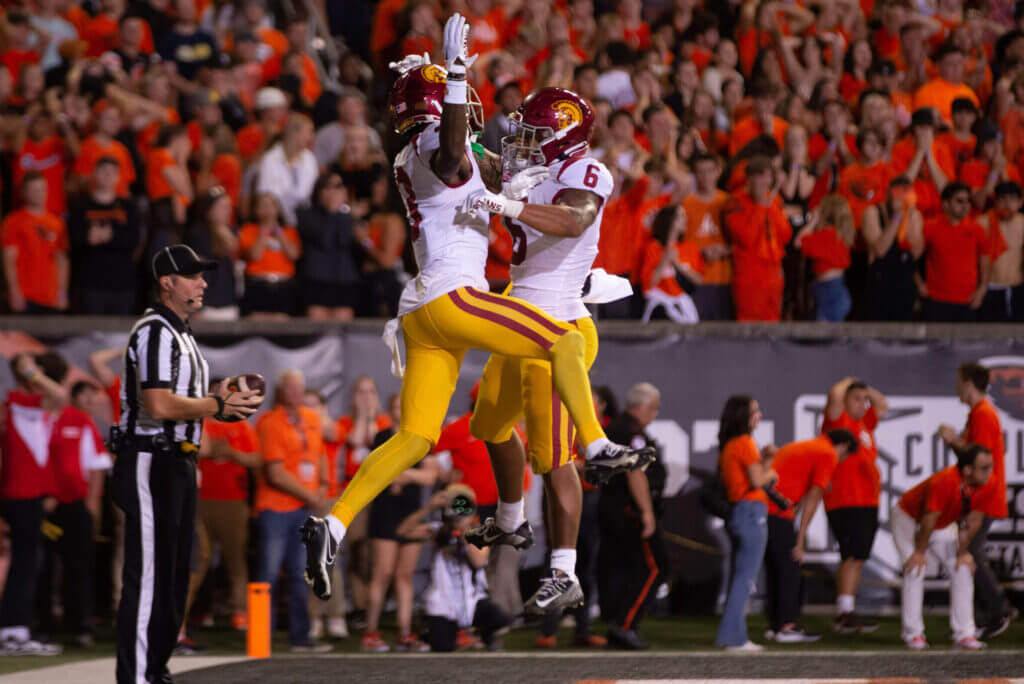 CORVALLIS, Ore. — Once Jordan Addison reached the end zone with 1:13 remaining, he just had to wave goodbye to the Oregon State fans just a few feet away from him.

Saturday night was the last time USC will travel to Corvallis for a long, long time as it prepares to leave the Pac-12 after next season. As much as Addison was waving goodbye to those Beavers fans, for Trojans fans, he might as well been waving goodbye to those Corvallis ghosts that kept an all-time defense from the national championship in 2008, or those that snapped a regular-season win streak of 38 games in 2006, or the ones that gave the 2004 national championship team one of its fiercest scares of the season.

Time will tell what this USC team will ultimately achieve. But the fact that the seventh-ranked Trojans walked out of Reser Stadium — where so many strong USC teams have faltered before — with a 17-14 victory thanks to Addison’s 21-yard touchdown reception in the final minutes and a defense that forced four more turnovers is more than good enough.

“It’s time to go home,” Addison said of his post-touchdown celebration. “Pack it up.”

It certainly wasn’t pretty, and USC (4-0, 2-0 Pac-12) was far from its best against the Beavers (3-1, 0-1) on Saturday night, but it survived a critical roadblock and made it through its first real flirtation with adversity after three blowout wins to start the season.

“It doesn’t happen like that (blowouts) all the time,” coach Lincoln Riley said.