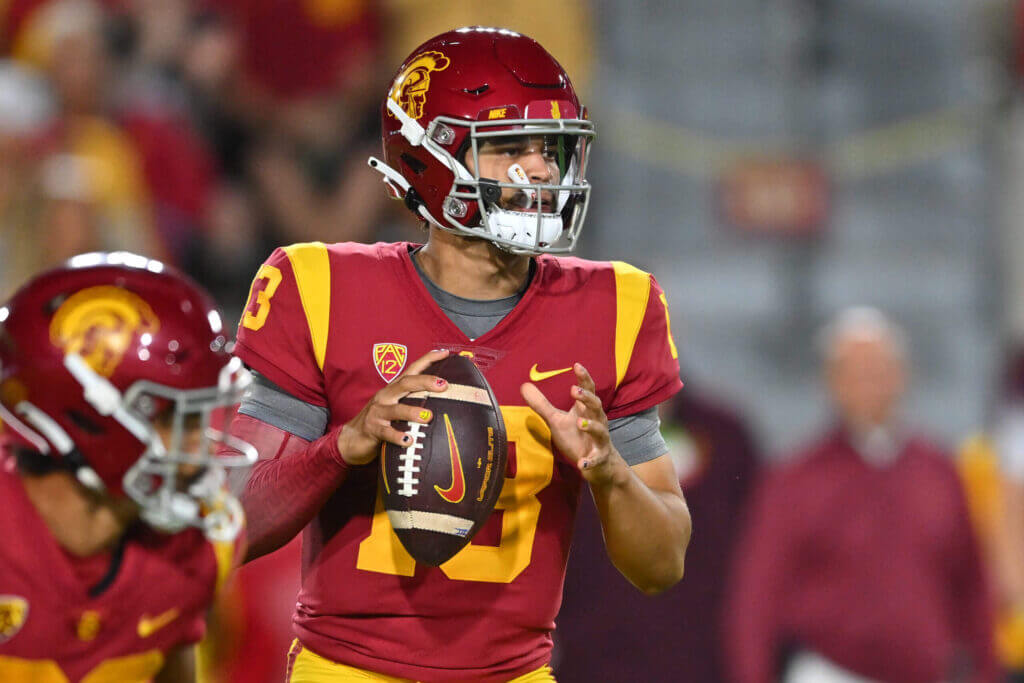 An anticipated Pac-12 battle is set for Saturday when USC hosts Washington State at the Los Angeles Coliseum. The last time USC was a top-10 team and faced the Cougars, Wazzu came away with a 30-27 upset win in Pullman. If the Cougars wish to repeat history, they’ll have to do so as a double-digit underdog, this time on the road.

The Lincoln Riley era in Los Angeles is off to a perfect start. And as the new coach is doing his job exceptionally, so are the many new players who entered via the transfer portal. Specifically, Caleb Williams, Jordan Addison and Travis Dye are lifting this USC offense to tremendous heights as the defense is quietly locking opponents down. As a result, the Trojans’ future ceiling is as high as its been in a long time.

Washington State’s defense has been about as good as any in the conference. Oregon’s offense ripped the Cougars apart en route to Wazzu’s sole defeat of the season in a game that featured a late meltdown from the Cougars. The Ducks scored three touchdowns in the last four minutes of that game, but outside of that 44-point showing from the Ducks, WSU has held each of its other four opponents to 17 or fewer points.