Home NEWS What happens if Aaron Judge’s historic home-run balls are caught by someone in either bullpen?

What happens if Aaron Judge’s historic home-run balls are caught by someone in either bullpen? 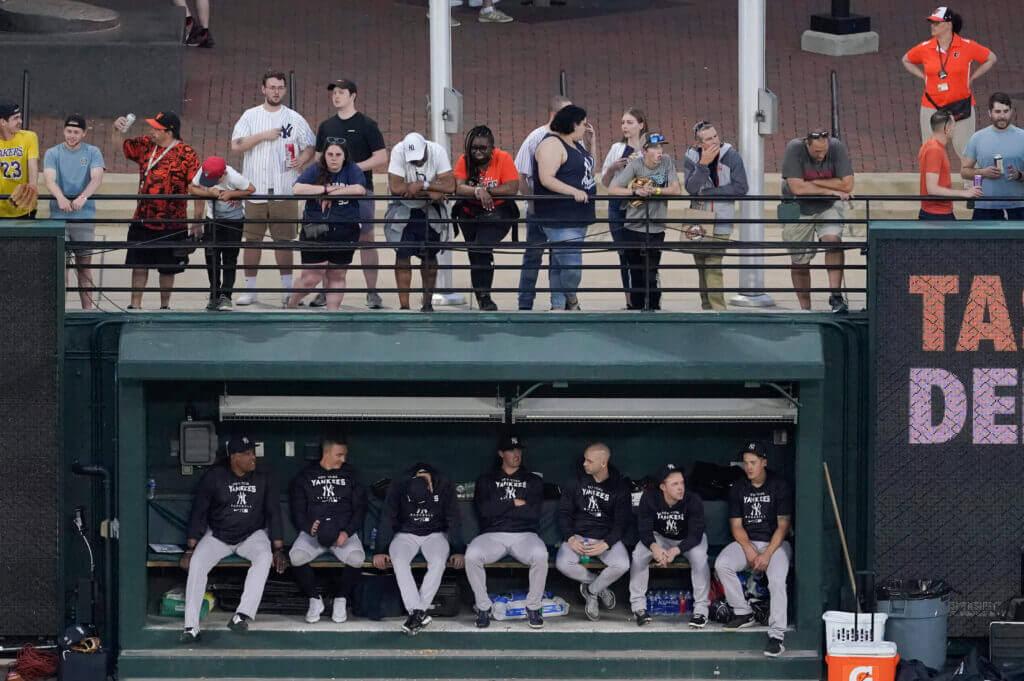 NEW YORK—What would you do if you caught Aaron Judge’s 61st or 62nd home-run ball? Would you keep it? Would you sell it? Would you treat Judge’s locker like the prize wall at Chuck E. Cheese? Would you work the organization for money or tickets instead?

The question at hand has worked its way beyond the outfield stands and into the Yankees and Red Sox bullpens. There’s a chance that Judge hits a milestone ball right to the only ballplayers who have proximity to the field but are not in play. Even a Red Sox outfielder is thinking about what it would be like if Judge hit a home run off the facade of the second deck and it bounced back toward him.

“The plan is to hold it ransom,” joked Yankees reliever Lucas Luetge. “We’ll get the whole bullpen taken care of. Somebody’s going to want that ball.”

Judge is a Jordan brand guy, Luetge joked. Maybe the relievers could get some sneakers. Maybe they can get Rolexes out of it. More sincerely, they’re just happy to be able to participate in the exciting moment with Judge and potentially help out a teammate who they feel has already taken care of them all season.

“We’ll be getting playoff shares thanks to Judge,” Luetge said after the Yankees clinched a postseason spot with their victory over Boston on Thursday night.

Catching one of Judge’s milestone baseballs is a big responsibility.