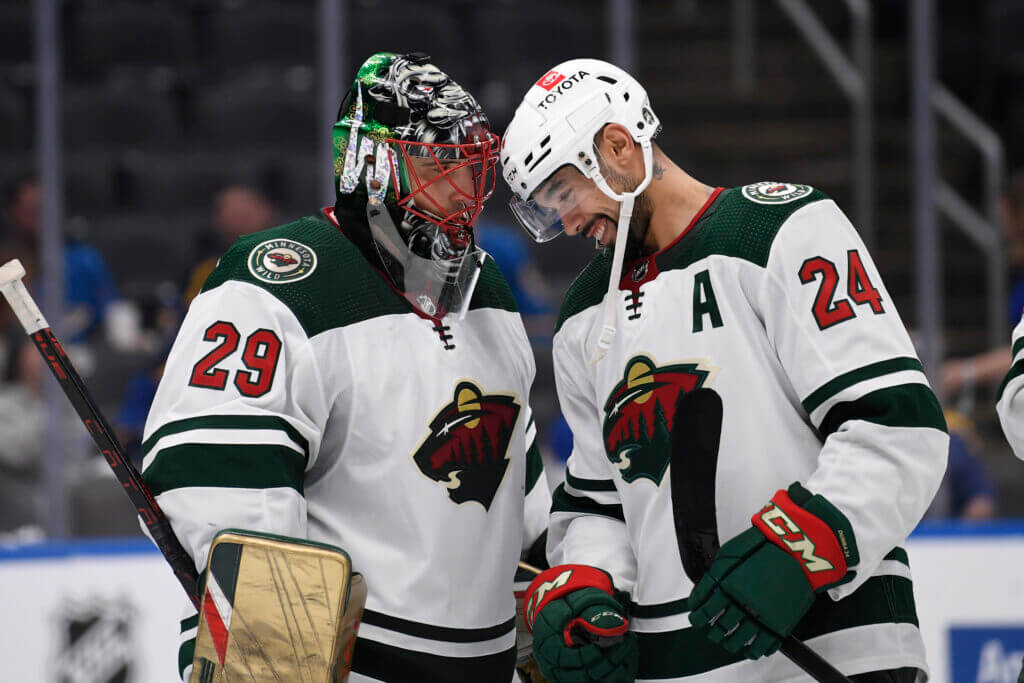 ST. PAUL, Minn. – Five weeks after being traded to the Wild last season, Marc-Andre Fleury drove to the team’s practice facility just to make sure it actually existed.

“The guys keep telling me about the practice arena and how great it is, and I think it’s a lie,” Fleury joked at the time.

It was a moment of levity before the playoffs, but it also was a reminder of just how little the Wild practiced after Fleury’s arrival. With the most condensed schedule in the NHL down the stretch, they were ravaged by injuries players were battling through.

In grand total last season, Fleury practiced with the Wild twice: once on the road and once the day before the team’s playoff series began against the St. Louis Blues.

Fleury went 9-2 with the Wild in the regular season, but it’s no secret he has a very different style in net than the quieter Cam Talbot. And it sure felt like the Wild’s blueliners had trouble in the playoffs determining where Fleury would place rebounds, when he would come out of his crease to play the puck and where he’d place it.

Fleury’s hope — and the Wild’s hope — is that after a full training camp, the Wild’s blue line will be more at ease playing in front of the veteran goaltender.